State Of Emergency Extension: Yobe Governor Says It Welcomes It, But It May Not End Boko Harm Onslaught. 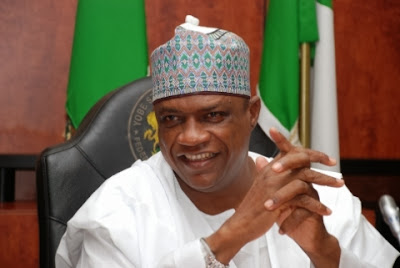 Yobe State Governor, Governor Ibrahim Gaidam has said that the extension of the emergency rule but has his reservation that it may not end menace of the Boko Haram in the country if real and proper techniques were not put in place to tackle the sect onslaught.
Speaking through a statement issued on Friday by Special Adviser on Public Affairs and Information, Abdullahi Bego;  the governor said that the Federal Government must put certain measures in place “to facilitate the deployment and use of all the elements of our military power to deal with the prevailing criminal and violent insurgency.”
Subscribe to our newsletter
Further he said; the Federal Government should move beyond nomenclature and actually address the ongoing senseless and violent insurgency as a national emergency.
The Governor also highlighted three steps that the Jonathan government must take to win the war against terrorism in the country.
The governor said; “One, the Federal Government should as a matter of urgency provide security personnel on the ground in Yobe and other affected states with advanced weaponry and communications apparatus to enable them to track and hunt down all criminals and insurgents operating in the areas. Currently, as the Turaki Dialogue and Reconciliation Committee has highlighted, security agents on the ground do not have the superior weaponry and advanced communications capabilities needed to counter and deal the insurgents the blow that every peace-loving and law-abiding citizen wants.

“Third, the Federal Government should as a matter of high priority deploy and maintain regular aerial surveillance and ground patrols along the major highways in Yobe and other affected states to track and nip criminal activities in the bud. Currently, many of the attacks on innocent people in the north-east take place in broad day light on the highways.”

Jonathan Rewards Eaglets with N2m each,