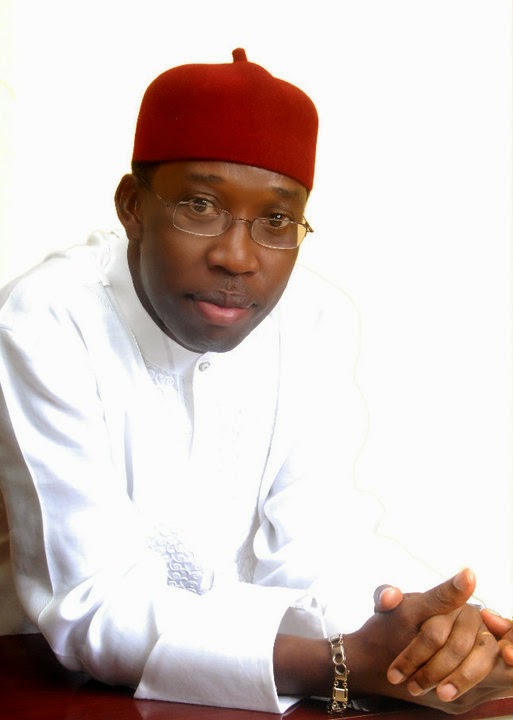 These are not the best of times for Senator Ifeanyi Okowa as he has been rocked in bad media campaign for weeks, with the climax being his suing of John Agbe for an outrageous sum of N20 Billion for accusing him of being a master mind of Sunny Okonye shooting in Agbor.
We reliably gathered that some of his foot soldiers on social media numbering over 20 has left the him after collecting N10,000 each from him last year when he called them for a meeting at his residence in Asaba. It was learnt that while the meeting was ongoing, a certain Jude Bowei from Patani LGA asked the Senator who are his backbone to which he replied that the President Goodluck Jonathan’s wife, Mrs Patience is her strength who will work on her husband to support him.
He was also said to have revealed the pact he had with Governor Emmanuel Uduaghan to hand over power to him for the next eight years after the latter’s tenure. He promised the online foot soldiers N10,000 monthly which will be paid through his media director (name withheld), while another handler will tell them what to write and post daily.

While having lunch with the Senator, he reportedly bragged about his support from the President and the Governor. This support according to him will see the likes of Festus Okunbor, Tony Nwaka, Ndudi Elumelu, Obielum and lots of other aspirants from Delta North step down for him. One of the strategies to be used includes the sponsoring of non serious aspirants to contest so enable it look serious, before ‘stepping down’ for him.
E.K Clark has also been enlisted by Okowa to gain his support and work against his kinsman, Orubebe, which has been playing out lately. The meeting also tabled how plans have been made to infuse some Delta North persons into the campaign group of Orubebe to spy on them and later walk out under the pretence of resignation.
A source whom we spoke to confided in us that the recent resignation of Chief Alex Ikpeazu, the former media director of Delta Political Forum (DPF) is one of such, with many more Aniomas in the campaign group to leave.
Written by Fejiro Oliver

Bauchi In The Red: Government Unable To Pay Salaries, Owe N10billion In Gratuities