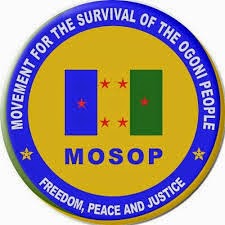 The Movement for The Survival of the Ogoni People (MOSOP) says the forceful take over of 2,000 hectares of farmland in Ogoni claimed to have been paid for by the Rivers State Government was designed to to kill the people with food scarcity, frustrate peasant farmers in Ogoni and and pave way for the resumption of oil mining activities in the land rather than create jobs as claimed.

Chairman of the MOSOP Kingdom Coordinators Forum, Frank Jonah made the accusation today while reacting to Governor Amaechi’s claim that the banana farm, which has led to the death over 40 protestors, was designed to provide jobs.
Jonah said “Governor Amaechi cannot be ignorant of the fact that the Ogoni people survive on subsistence farming. For the government to take 2,000 hectares of farmlands from local people in the name of creating jobs for some 250 persons is nothing but genocide against the Ogoni”.
“How can anyone consider depriving over 30,000 people of their food sources just to provide employment for 250. What happens to the rest after you have taken very valuable and irreplaceable resources from them?” Jonah questioned.
Jonah further said the governor also knows that all parts of Ogoni has been polluted by oil spills and the only part of Ogoniland with capacity to produce food is Nyokhana.
“For the government  to forcefully take over 2,000 hectares of land from the people is wicked and devilish and a very clear plan to kill the people with food scarcity” Jonah said.
The MOSOP scribe said Governor Amaechi has never hidden his dislike for the Ogoni resistance against Shell which has frustrated oil mining activities in the region and affected government revenue.
Jonah Frank
Chairman, MOSOP Kingdom Coordinators’ Forum