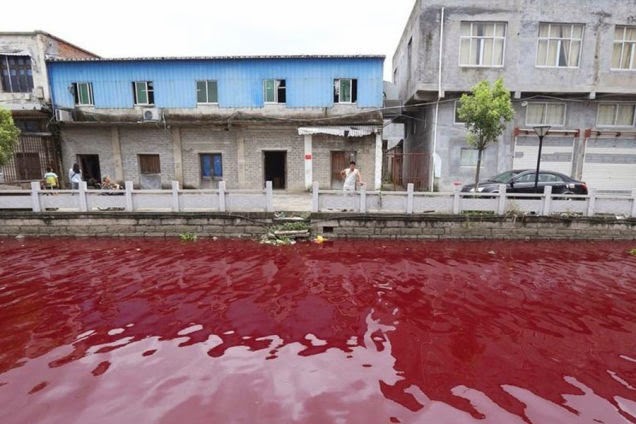 River turns red There will be blood! In a story straight out of Exodus, a river in eastern China has mysteriously changed to a crimson color. The river’s plague-like transformation was noticed early Thursday by residents in Zhejiang province who said they initially noticed a weird smell coming from the area, ABC News reports.
Subscribe to our newsletter 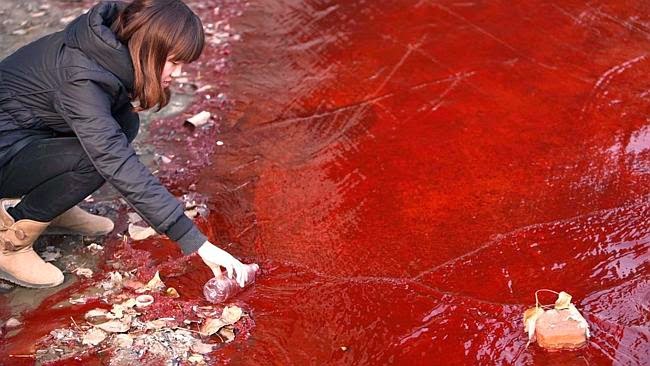 Locals said the river appeared perfectly fine around 5 a.m. local time, but less than one hour later, people suddenly noticed the blood-red metamorphosis. Upon inspection, investigators with the Wenzhou Environmental Protection Bureau were unable to find any specific causes for the bloody incident. 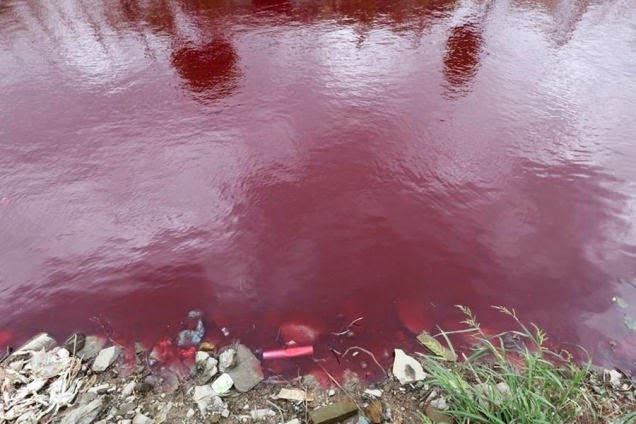 “We suspect that somebody dumped artificial coloring in the water because he thought the typhoon yesterday would cause heavy rain, and nobody would notice [the color],” bureau chief Jianfeng Xiao told China News. 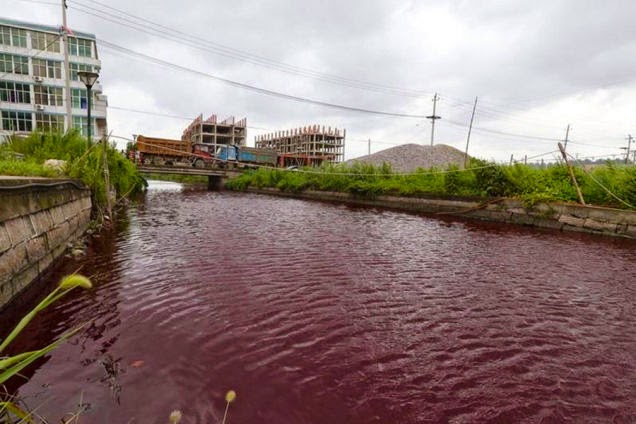 “It turned out there wasn’t heavy rainfall yesterday, so the evidence is left behind.” 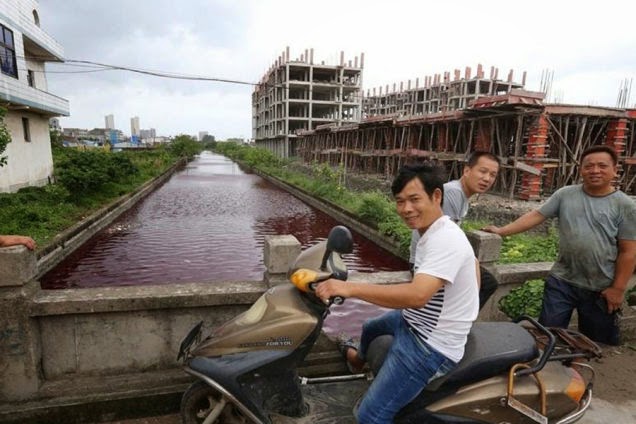 Xiao added that the businesses along the river include a food coloring company, a clothing shop and a paper manufacturer.
Source:  ABC News