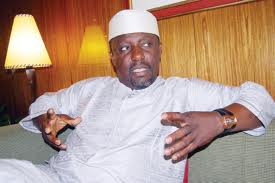 SEE THE PHOTOS OF OGWUCHE: FACE OF A TERROR