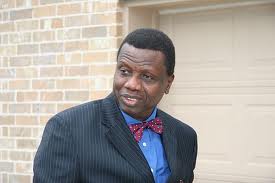 The announcement last Saturday that the Redeemed Christian Church of God, RCCG, would build a three kilometre long auditorium in Nigeria has triggered outrage among Nigerians who call the humongous investment a waste and another confirmation that Nigerian churches are veering off the teachings of Jesus Christ.
The General Overseer of RCCG, Pastor Enoch Adejare Adeboye, announced during the Holy Ghost Service at the Redemption Camp in Mowe area of Ogun State, southwest Nigeria, that the existing auditorium which was built in 2000 with a capacity to sit one million people at once could no longer accommodate millions of people who attend service there.
Subscribe to our newsletter
Adeboye said that the new auditorium which would be built at the mission’s camp ground at km 46, Lagos-Ibadan expressway would also be three kilometres wide. This will make the auditorium a humongous 9km square auditorium, and one of the top ten churches in the world inarea size.
The Holy Ghost Service was one of the programmes lined up for the 61st Annual Convention of the church and Adeboye promised that the project will start soonest and will be completed before the 62nd Convention in August 2014. He solicited for donations from members toward making the project a reality.
But not long after the announcement was made public on www.pmnewsnigeria.com that Nigerians reacted angrily on social media with many describing churches in the country as business centres.
According to Lookman, Adeboye should rather build a three-kilometre farm land and employ a million unemployed youths in Nigeria instead of wasting money on a building.
“So what impact will this have on the common man? More queues on Lagos-Ibadan Express Way, making life unbearable for travellers on Lagos-Ibadan route whenever programmes are going on,” said another reader.
“While I commend such vision, I think the billions of naira that will be used for such project could do the common man good if such is used to build affordable hospitals, schools, scholarships and provide basic needs for the common man,” he added.
According to Godson, Nigerians are hungry and unemployment rate is sky-high but churches are wasting their resources on buildings and other investments rather than tackling poverty.
“Why not use that money to build a non-profit organisation and employ our youths?” Godson queried.

To Naubiko, despite constant prayers, deliverance services and vigils in these big churches, Nigeria remains stuck in darkness and corruption.
“If they like, they should convert the whole of Oyo State and Ogun State to church there’s still nothing to show for it . No light. Even the General Overseer has more bodyguards than government officials and moves about in Helicopter / Private jet,” he said, adding that the road to Adeboye’s church is a death trap.
According to Ade, “building long auditourium means more tithe. For God’s sake these churches can industrialise Nigeria!”
To Moses, Ngeria needs job and not competing in being among the largest church in the world.
“We can see clearly that all the countries that have these large churches are economically stable in terms of infrastructure and job creation , unlike Nigeria that any idea by church only benefits the immediate people at the top . We read about Abraham, Isaac and Jacob,they were all farmers creating jobs for their followers and not people that expand churches,” Moses said.
According to a reader who described himself as Folo, religion is the bane of Nigeria.
“I have said it time without number that religion is the bane of our country. Remove religion from the affairs of man and there will be peace. I have watched closely some of our colleagues who have been brainwashed to believe that prayers from the so-called men of God is all that is required to be saved,” he said, adding that church followers believe and swallow everything they are told by their pastors.
Mark Yaveli said he would not mind being given the contract for the fencing of the church.
To Ade Oolokun, it is good news Nigerians are waking up from spritual hypnotism.
“They (Nigerian pastors) are worst than armed robbers. They are con artists who are not afraid of God’s punishment. Some of Nollywood actors and actresses have also dumped acting and joined these con artists because; it is more lucrative than acting or 419 business. ”
Source: PM NEWS