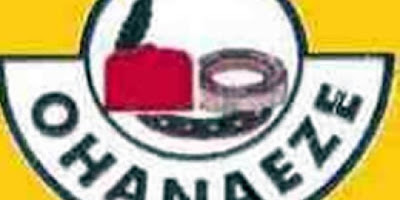 Ohanaeze Ndigbo met with Nigeria’s President Goodluck Jonathan Monday night at State House, Abuja  and discussed issues pertaining to terrorism, insecurity, national conference and  poor state of infrastructure in Igbo land. In  the address presented by the President General of Ohanaeze Ndigbo , Chief Gari Nnachi Igariwey, the group told the President  that  ”when the Igbo’s gave you full support in 2011, it was without fear or favors, we believe in you and our expectations were high .We had others specific expectations that are yet to be addressed by your administrations.”
Subscribe to our newsletter
Ohanaeze leader lamented that ”it was our expectations that by now your administration would have completed a few under listed projects that would have effectively integrated the South East Nigeria with the rest of the country”. Ohanaeze leadership listed the projects begging for attention to include ’’the Second Onitsha Niger Bridge, Enugu- Onitsha Federal Highway, Enugu Port Harcourt Federal highway, Master Plan for Erosion Control,  Petro-Chemical Plant, Coal Powered Power Generating Plants, Dams” among others.
Ohanaeze also congratulated the President ” on the impressive success in the sports arena-the Super Eagles as current champions of Africa. The under-17 Eaglets as current worlds champions and the recent qualifications of the Super Eagles for the FIFA world cup due in Brazil”. Ohanaeze commended the President for the boldness in initiating a national conference and expressed the support of Ohanaeze Ndigbo worldwide over the issue. They also commended efforts to combat Boko Haram and expressed optimism that the nation will come out of the darkness of terrorism.
The  50 man Ohanaeze  delegation  included Chief Joe Nwaorgu,  Senator Hope Uzodimma, Barrister Emejulu Okpalaukwu, Dr Dozie Ikedife, Prof Joe  Irukwu, Eze Cletus Ilomuanya, Eze Njemanze, Eze Uzu of  Awka, Prof Anya O Anya, Prof Mrs Uche Azikiwe, Mrs Maria Okwo,  Chief Ralph Uwazurike, Senator Ben Obi, Chief Mbazulike    Amaechi among others  while the presidency delegation included Vice President Namadi Sambo, Chief of Staff Mike Ogiadhome , Secretary to Govt Pius Anyim and Aviation minister Stella Oduah.

Briefing concerned clerics led by Rev Obinna Akukwe on the outcome of the meeting, the  Ohanaeze delegation led by the Assistant Publicity Secretary , Barrister Emejulu Okpalaukwu, described the meeting with  President  Goodluck  Jonathan as very strategic and hoped that the  president would listen to the demands of Ohanaeze Ndigbo especially on the state of infrastructure.
The Ohanaeze spokesman told the clerics that the meeting with Jonathan was facilitated by the Deputy Senate President  Ike Ekweremmadu and  Senator Hope Uzodimma.
Responding to the briefing, Rev Obinna Akukwe charged the Ohanaeze leadership to mount pressure on the  president to ensure that the 2nd Niger Bridge and the said roads are repaired before 2015  election because nobody knows whether Ngeria will survive 2015.
Reliable sources within the State House informed the clerics that President Jonathan entered into a closed door meeting with five members of the delegation. The clerics were also informed that Jonathan told close aides that some Igbo elements within the corridors of power had for months  discouraged him from holding  audience with the  new Ohanaeze  leadership and expressed gladness that he eventually ignored them and talked with the Igbo group.