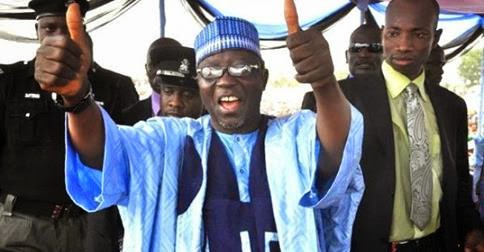 The impeachment move against Governor Tanko Al-makura, of Nasarawa State is moving one step closer to realisation, as the state Chief Judge inaugurate the seven-man probe panel directed by the State Assembly.
The inauguration of the committee is coming less than 24 hours after the meeting between the Peoples Democratic Party lawmakers in the state and the President, where it was hoped that a peace solution was insight.
Subscribe to our newsletter
The lawmakers may well make a good threat to impeach Governor Al-makura for alleged gross misconduct and misappropriation of the Sure-P and UBEC funds which accrued to the state under his administration.
The  State House of Assembly members had on Wednesday said they would continue with the bid to impeach the governor and passed a motion directing the state Chief Judge to set up the seven-man probe panel.
The resolution and subsequent directive, however, did not go down well with the four All Progressives Congress (APC) lawmakers who protested at the session.

The APC lawmakers and spokesperson for Governor Al-makura, Abdulhamid Kwara, reacted to the development from the assembly.
The APC had accused the ruling PDP and the presidency of fuelling the impeachment to stifle opposition, an allegation the presidency had denied.
Some indigenes of the state had held a protest against the process last week in an effort to coerce the lawmakers to stop the impeachment.
Few days after the protest, the lawmakers vowed to go ahead with the impeachment process against Governor Al-makura.
The chairman, House Committee on Information of the State House of Assembly, Mr Mohammed Ibaku, told reporters in Abuja on Sunday that the lawmakers would pursue the impeachment notice served on the governor for alleged embezzlement of funds.
Source: ChannelsTV