My Boss Was Not Poisoned Says Sen. Pwajok’s Aide. 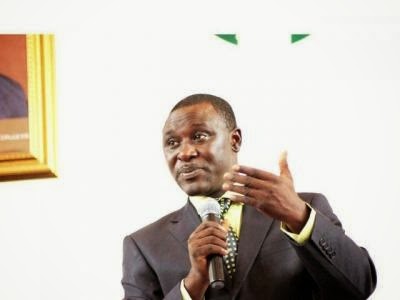 The media Assistant to Sen. Gyang Nyam Pwajok, representing Plateau North Constituency at the national Assembly, Mr. Chuwang Dung, over the weekend urged supporters and residents of the state to disregard the rumour making the rounds that his boss was flown to India and is critically ill as a result of food poison.
Chuwang who vehemently denied ever granting an interview to the media over his boss health condition, described the reports and rumour as  “strange, false and mischievious.”
The media aide who was reacting to reports in some section of the media and speculations going round the state, expressed utter surprised at the speculations that his boss alongside some state government officials were flown to India due to suspected food poisoning.
Chuwang who set the record straight said, “contrary to speculations making the rounds about his health condition, GNS Pwajok is alive, hale and hearty.” Adding that his boss travelled to the United State of America some few weeks ago for an oversight function and decided to use the opportunity to see his doctor in London for normal medical attention, which has nothing to do with food poison and he is expected back very soon. He then appealed to the media to verify their findings to avoid feeding the public with unsubstantiated speculations.
Chuwang, while expressing gratitude to Pwajok’s supporters for the concern they are showing, urged them to disregard the rumour and remain calm. “I know our supporters and well wishers are disturbed over the rumour, I wish to state with all sense of responsibility that our vibrant Senator is hale and hearty and has been in constant link with his people on the happenings in the state. I am appealing to the general public to disregard the unfounded rumour, remain calm and keep praying for the safe return of our senator.” He added.
Meanwhile the distinguish Senator through his Senior Legislative Assistant, Hon. Abe Aku, has distributed relief materials worth millions of Naira to communities displaced as a result of rainstorm and recent communal clashed in Jos South and Bassa LGAs.
Aku while presenting the items to the representatives of Jerek, in Du Jos South LGA, Dangyel, Rukuba and Irigwe expressed utter dismay over the communal clashes that rendered many people homeless and appealed to leaders of the communities to explore all means of resolving their differences amicably.
He noted that the bloody clashed would have been averted if the people of Rukuba and Irigwe had adopted traditional means of resolving the dispute instead of resorting to violence.
The items donated by the Senator included bags of assorted rice, maize, garri, sugar, fertilizer, blankets, soaps and assorted food items.