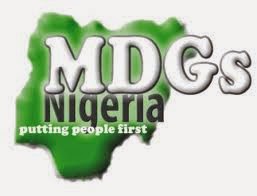 The Millennium Development Goals (MDGs) Project Support Unit (PSU) in Plateau says it has empowered 2250 rural communities with N3.75bn under its Conditional Cash Transfer (CCT).
The MDGs Project Coordinator, in Plateau state Mr Peter Gai, disclosed this in Tunkus, Mikang Local Government at the training of beneficiaries to mark the winding up process of the scheme.
Subscribe to our newsletter
He said the Federal Government contributed N187. 5 million and the Plateau Government provided a marching grant of N187.5 million for the CCT which started in 2013.
The project coordinator said that the 2,250 beneficiaries were drawn from five local governments of Mikang, Kanke, B/Ladi, Riyom and Jos East considered to be the most backward in Plateau.
“In each of these local governments, five communities are selected and in each of the communities 90 households are selected,”.
He stressed that the programme was designed to address the needs of the poorest of the poor with a view to giving them access to funds with aim of improving their lives.
Gai stated that the scheme was precisely tailored towards alleviating poverty and accelerating progress towards the attainment of MDGs.

“The overall aim of the programme is to encourage the less privileged to send their children to school and inculcate in them the culture of antenatal care to reduce health problems related to pregnancy”.
“The qualified core poor households were being paid N5000 monthly for a period of one year and they would be given a lump sum of N100, 000.
Gai said that the N100, 000 was to help them to set up a business to enable them to continue keep their children in school”.
Chairman Mikang Local Government, Mr Daniel Kungmi, said that the CCT scheme had culminated in increase enrolment into primary schools in the area.
“This is clear demonstration that there is a direct nexus between enrolment in our schools and the degree of empowerment of our rural poor”.
“I want to assure that the local government has put in place mechanisms to deepen the empowerment of our people and strengthen for greater empowerment programmes.
“Let me stress that this council has warehoused the sum N100m to provide loans at zero interest rate for various trading related activities,’’ he added.