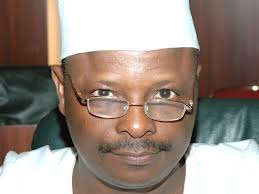 Governor Rabi’u Kwankwaso of Kano state, today, Friday, received stakeholders of the defunct ANPP, who paid him a solidarity visit, as leader of their new party, the APC, at the Kano Government House.
The delegation was led by the State Chairman of the elders committee of the ANPP, Alhaji Bashir Othman Tofa and included Senator Kabiru Gaya, prominent Islamic scholar, Shaikh Ibrahim Khalil, former state secretary of the party, Malam Rabi’u Bako and gubernatorial aspirant, Malam Ibrahim Kankarofi.
Subscribe to our newsletter
Others are former ANPP Kano North Senatorial candidate, Alhaji Barau Jibrin, ANPP State Women Leader, Rabi Ali Sahel and three former Commissioners that served under the Shekarau administration in the state, Garba Yusuf Abubakar, Ibrahim Garba and Haruna Isa Dederi of environment, projects monitoring and information respectively.
In his speech, Governor Kwankwaso expressed happiness that progressive people have forgotten their past differences and joined hands to contribute to the development of the state and their party, APC, pointing out that the collective desire of al progressives is to provide good governance.
Governor Kwankwaso further noted that he and four other governors left the PDP because it lacked internal democracy and was not fair to some of its members, pointing out that men of good conscience in the party were no longer respected.

According to him, the PDP umbrella that was once accommodating everybody suddenly became a hat covering one man’s head, arguing that it is only sensible for those with the interest of Nigeria at heart to seek better platform to give the people the good leadership they deserve and desire.
Turning to the visitors, he expressed joy that those that were fierce opponents have now come together for good, noting that, “plurality is good for democracy, it is not a crime. Nobody would have thought of all of us coming together one year ago”.
The governor, therefore, advised them to put party interest above vested ones, saying they should see themselves as party loyalists and not contestants to ensure victory for the APC.
In his remarks, the leader of the delegation, Alhaji Bashir Othman Tofa, explained that the visit was to affirm their loyalty to the governor as the leader of the APC in the state and to promote harmony among members of the party irrespective of their past political leanings.
Also speaking, separately, Senator Kabiru Gaya and Alhaji Rabi’u Bako expressed willingness to work with the governor in the interest of the party in the state and for the collective good of the citizens.

Governor Amaechi Refutes Claim That Lawmaker Was Arrested On Plane