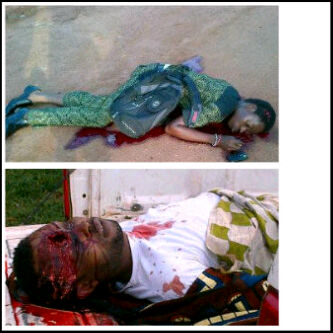 The Federal Government has been called upon to declare a state of emergency in Southern Kaduna, North-West Nigeria, over the continued killing of innocent persons, the latest being the over 100 murdered over night by yet-to-be-identified gunmen.
A statement issued by John Danfulani, Spokesperson of Centrum Initiative for Development and Rights Advocacy (CEDRA), said: “We condemn in strong terms Friday night killings that took place in Ungwan Gata, Me-Sankwai and Tekum villages by suspected Fulani herds men in Moro’a Chiefdom of Kaura Local Government Area.
Subscribe to our newsletter
“The said killings in three villages ran up to early hours of Saturday and at the end over 100 innocent Southern Kaduna villagers/peoples were butchered and killed by the assailants with impunity. It is gradual genocide and extinction.
“Still, hundreds of houses were burnt to ashes by the herdsmen; we therefore reiterate our position as follows:

“We reiterate our stand that State of Emergency be declared in Southern Kaduna area of the state contrary to the political propaganda being mounted by Kaduna state government and their shortsighted hallucination agents.
“It is clear that Kaduna state government and their agents are only playing politics with the insecurity ravaging Southern Kaduna region. We will also not shy away from stating the obvious that Kaduna state government has failed and only playing double standard, so also security agencies operating in the state.
“It is abundantly clear that the elders and elected representatives from Southern Kaduna are less concern due to their political expediency. They should know that posterity will judge them and they have began journey into political wilderness as blood of our helpless villagers is on their heads.”