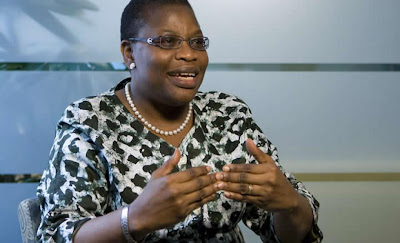 The House of Representatives  has said  it welcomes the request for a public hearing  on the controversial jumbo pay of  its members and senators  by a former Minister of Education, Mrs. Oby Ezekwesili.
Ezekwesili had  stated on Monday   that the National Assembly consumed over N1.1tr.  since 2005.
Subscribe to our newsletter
She spoke at a dialogue on the “cost of Governance in Nigeria”, where her comments dwelt on the controversial jumbo pay of national lawmakers.
Twenty-four hours later, the Senate and the House reacted, accusing her of blackmail.
They also alleged that she  reeled  out false figures that failed to capture other variables, including capital projects and the cost of running the bureaucracy of the legislature, among others.
On Wednesday, she moved a step further, challenging the National Assembly to a public hearing on the issue.
She had,  said “I wish to state with absolute respect for our lawmakers and our institution that it will be more valuable and enriching for our democracy if instead of the abusive language in their recent reaction, the National Assembly  immediately offer me and the rest of the Nigerian public, the opportunity of a public hearing on their budgetary allocation and the very relevant issue of their remuneration.
“Doing so would be consistent with global practice across countries of the world, where emphasis is on tenets of Open Budget to enable citizens to track to the disaggregated level all use of public resources across every arm and level of government.”
On Thursday, the  House  said it was ready for the challenge but added that the former minister  had questions to answer.
A statement in Abuja by the Deputy Chairman, House Committee on Media and Public Affairs, Mr. Victor Afam-Ogene, said because the legislature believed in transparency in governance,  “the 7th House of Representatives wholeheartedly welcomes her request for a public hearing on the stated ideals.”

The statement observed that her comments dwelt more on the salaries and allowances of lawmakers, excluding other expenditure like capital projects and the cost of running the bureaucracy of the legislative institution.
According to the House, this created the impression that all the funds allocated to the National Assembly in successive budgets since 2005 were spent on the payment of legislators’ wages.
The  statement reads in part, “Nigerians would remember that in the course of a similar misadventure  in January 2013, Mrs. Ezekwesili had made wild claims bordering on the alleged frittering of $45bn  of the country’s external reserves, and $22bn  in the excess crude account.
“While she has yet to fully justify those allegations, the former minister is this time seeking a fresh sparring partner in the Legislature.
“If it were not so, why would an address which centered on a “Cost of Governance in NIgeria” be curiously limited to an inquest into the operations of the National Assembly, leaving out the other two arms  of government (the Executive and Judiciary) and arriving at the rather simplistic suggestion of the introduction of a unicameral or part-time legislature as the panacea  for  all Nigeria’s problems?
“Since it is public knowledge that whosoever wishes to go to equity ought to do so with clean hands, we restate our earlier posers which Mrs. Ezekwesili conveniently glossed over in her latest statement on this issue, to wit: What is the percentage of the National Assembly’s N150bn  allocation in a budget of N4.9tr?
“Is it right to insinuate that the budgetary allocation for the National Assembly is for ‘members salaries and allowances’, while deliberately leaving out capital projects component, salaries of  legislative aides and the bureaucracy, as well as allied institutions such as  the Institute for Legislative Studies?
“What is the total disbursement to the Executive and the Judicial arms of government over the same eight-year period?
“For an ex-official of government, who between the 2006 and 2007 federal budgets, superintended over a total of N422.5bn as Education Minister, what percentage of the public fund was expended by her as recurrent cost?”
Source: Punch

At A Point, I Thought I Would Die – Nwosu

IGP Restates His Commitment To Reform The Police