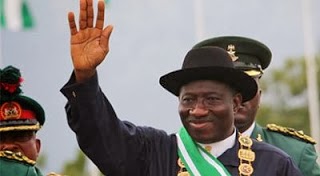 $20 billion dollars belonging to estimated 170 million Nigerians, half of who lives below S1 dollar or N150 naira daily, have been stolen, withheld, unremitted by a few set of thieves within NNPC and accomplices within the  Presidency.
Subscribe to our newsletter
This is the summary of the revelations of Mallam Sanusi Lamido Sanusi, the Dan Maje of Kano and current Governor of Nigeria’s Central Bank.
This is happening at time when about 80 million Nigerians live below $1 dollar daily. A few greedy thieves in high places, probably numbering not more than 150 persons, deliberately refused to remit about $20 billion dollars of Nigerias oil earnings into the Federation Accounts within a period of just eighteen months.
Heaven is crying and God is angry that the same group of Christians and Muslims who throng Jerusalem, Rome, Mecca, Medina, Redeemed Camp, Shiloh Camp, Adoration Camps and do all the religious Zakkat and Sallat in all the Quranic approved holy sites, sat down with some occult grandmasters to deliberately withhold $20 billion dollars ie about N3.6 trillion naira for themselves, girlfriends, boy friends, valentine babes, family members and village heads.
This is the height of wickedness. Newspapers and online media always inundate Nigerians with stories of how some persons captured by police men confessed that poverty took them to crime. Some persons have taken to prostitution, armed robbery, advance fee fraud, kidnapping, ritual killings, theft and other multiple vices due to poverty. Yes due to poverty.
There are many Nigerians who would rather die than get into these vices but there abound also some who would rather take to vices than die of poverty and these are in a couple of millions. Poverty has driven many into wickedness. Many graduates of Nigerian universities drink garri and sugar for months and years without knowing whether poverty will drive them from the makeshift Nyanya residence near Abuja to their villages in Ubeku, Umuahia. Ikot Abasi or Talata Mafara and yet a few set of executive thieves withheld $20 billion dollars which if well utilized is capable of creating at least 10 million jobs. The nation has been charmed into intrepid reactions and stupendous silence.
The irony of this wickedness is that those who connived to withhold the $20 billion dollars include Christians from the Catholic, Anglican, Methodist, White Garment and Pentecostal folds. They also include Muslims from Shia sect, Sunni sect, NASFAT, Boko Haram sect and all groups calling on God or Allah to protect them from the “wicked ranting of impoverished unfortunate countrymen about to challenge their divine $ 20 billion dollar breakthrough”

Nigeria has  corruption as its biggest problem. The thieves that failed to remit or appropriately put the criminals that stole the $20 billon dollars comes from all parts of the country, South South, South East, South West, North Central, North West and North East. Once stealing Nigeria blind is concerned, they become bonded in occultist brotherhood. The thieves are giving lame excuses why they are everlastingly reconciling what happened to $20 billion dollars as if it is $20 thousand dollars. They are blackmailing the persons that exposed the wickedness instead of confessing how, why and where they hid the money. Their lame excuses for flagrant thievery does not deserve mention in this piece.
Sanusi Lamido Sanusi, a radical Islamic fundamentalist have done what many of his fellow Muslim brothers who deceive us that they went on pilgrimage to pray for Nigeria cannot do. He has also done what many Christian brothers who mesmerize us with night vigils every month for Holy Ghost to fire enemies of Nigeria cannot do. Despite his fundamentalist leanings, Nigeria needs the likes of Sanusi, those who can expose wickedness in high places no matter who is involved. May God not allow the thieves to kill Sanusi the way they finished my friend, Chief Tobias Idika, the late President of Ohanaeze Ndigbo Kano Chapter, in Jesus name.
Where are my fellow Born Again Christians who knew that a whopping $ 20 billion dollars translating to N3.6 trillion naira was stolen in 18 months, leaving the rest of the country in poverty, sickness and insecurity? Did they even report to God in their prayer rooms that they saw a monumental evil but lacked the courage to address it?
The nation is finished already. Hypocrites from both religions have stolen the nation blind. The corruption in the system is worse than the activities of Sodom and Gomorrah in the Bible for which God destroyed the entire city.
N3.6 triklion naira have been stolen, missing, withheld, unremitted, hidden, diverted and shared by some agents of government in the oil industry and their acolytes within the presidency. May Almighty God help the hopeless innocents of Nigeria and deliver them from this hydra headed dragon of corruption about to swallow the prophesied greatness of Nigeria the manner the Great Red Dragon of Revelations Chapter 12 wanted to swallow the Church of God.
May those who withheld the $20 billion dollars or N3.6 trillion naira to themselves valentine dudes, babes,  boyfriends, girlfriends, family members and village chiefs while leaving over 80 million Nigerians to live below $1 dollar daily, face the judgment of God of the poor and needy speedily in Jesus name.
Obinna Akukwe
[email protected]