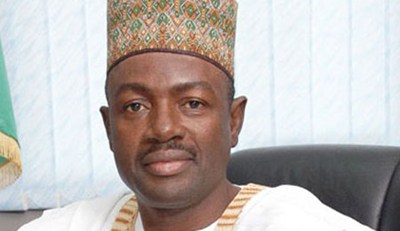 Mr.Labaran Maku has blamed the rising spate of   the lingering crisis in the country to the selfish interest of politicians.
The Minister identified politics of sectionalism, winning at all cost to the ongoing insurgency in the nation, cautioning politicians to play the game according to the role,Maku gave the charge at the celebration of Nzeh Mada 2014 grand finale cultural festival held in Akwanga Local Government of Nasarawa state.
Subscribe to our newsletter
The Minister attributed bad politics to the ongoing bloodshed in the country,”It is because of negative politics that the country was plunged into unabated crisis, saying the nation is descending to abyss.
“Must we kill or join fraternity to rule our people by all means? He in addition maintains that it is only peace that provides food to the people,”It is only with peace that people go to farm, carry out economic activities, He added.
“As i’m talking to you now top Government functionaries in Borno state are ruling their state at the nation’s capital”, The Minister further advocate for tolerance of one another for concord to reign.
Calling on all and sundry to embrace peace, He however avers that peace has no partisanship.
“No tribe if elected as a leader can satisfy his kinsmen”.
“President Good luck Jonathan is an Ijaw man from Bayelsa,He can’t change the occupation of his kinsmen as fishermen, Today in Nasarawa state some Gwandara people has never seen Governor Al-Makura”.
“He can’t satisfy all Gwandara’s ,Today they  still remain as palm wine tappers which is their predominant occupation, same thing implies to other tribes”.
The minister also advocate for the revitalization of culture among the younger generation, He however aver that no nation can progress without culture.
“A nation without culture is a lost nation,If you don’t have culture you are completely lost”,Labaran Maku also sue for the development of traditional costume, encourage indigenous language and food as a means to rejuvenate the death of our culture.

The chairman of the occasione-Governor of Plateau state, Fidelis Tapgun in his speech called on the people of Nasarawa state to support the present All Progressives Congress administration under the able leadership of Governor Umaru Tanko Al-Makura to succeed.
His Royal Highness, The paramount ruler of Udegi,Halilu Bala Usman,an astute politician and one time Deputy Governor of plateau state called on all and sundry to seek for God intervention for the interest of the state and the nation.
Calling on politicians to shun politics of resentment, malice and hostility, saying 2015  is still far as lives  were lost  on daily bases in the name of Governance.
“God gives power to whom he feel, He confesses that we are all sinners in this regard.
The national president of Mada Development Association, Samson Sambari Dickson stated that Mada nation has been invaded and pervaded by self-seeking politicians in the state.
“Mada people must unite again ,Mada suffers corruption, lost of values and norms, stating that the dwindling of Mada culture is a peculiar problem  in the middle belt.
The monarch of Akwanga,The Chun Mada,Samson Gamo Yari commended Governor Umaru Tanko Al-Makura  for  ending the chieftaincy tussle that divided Mada nation apart barely 27 years of interregnum.
“For the past 25years Mada nation did not celebrate this occasion due to the absence of paramount ruler, But today we are jubilating again”.
The traditional ruler applauded the state Governor for the execution of developmental projects that has direct bearing on the lives of the people of Akwanga which he listed to include the flag-off of 60 bed hospital in Akwanga
Other projects are the completion of township roads, renewal of Mada water works, construction of digital library and Taal Model School in his domain.
Dignitaries that grace the occasion are serving and ex-ministers,ex-Governor and Deputy Governor, astute politicians and monarchs from within and outside the state.

To Governor Nyako and Ambassador Habiba ; Jonathan and Ijaws to Teach Hausa-Fulani Bitter Lessons in 2015 By Obinna Akukwe