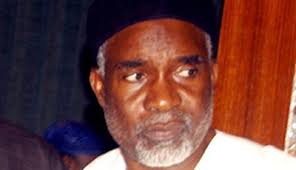 The Adamawa State Governor, Murtala Nyako today stated that his joining the APC with other four governors that made up the G5 group was not borne out by the desire to become the leaders of the party in their respective states but that it was done to save the Nigerian democracy from a tyrannical grip.
The Governor stated this in statement signed by his Director of Press and Public Affairs Mallam Ahmad Sajo, he also added that he was spurred by the need to provide viable opposition platform that will check the current drift in the polity particularly the replacement of all democratic cultures and tenets with a culture of impunity and political brigandage was the major motive that entails their defection to APC.
Subscribe to our newsletter
Speaking further he said; “The need to join other patriots to form a Pan-Nigerian National platform that will serve as a veritable vehicle for the enthronement of genuine Unity, Peace and Progress in the Nation and the desire to build a political party that respects the welfare and interest of the Nigerian people was behind our resolve to move to APC”
“Contrary to insinuation by some people, Governor Nyako wishes to state that he and his colleagues in the G5 who moved over to the APC from the PDP did not do so in order to become leaders of the Party in their respective states. They were driven by higher patriotic motive of pulling the country out of the woods”
The Governor added further that;  “We could have formed a new political Party; we could have joined a newly registered Party or any of the other existing political parties in Nigeria. But we opted to join APC because it represents a broad based coalition of democratic forces built on the ideals of progress and development.”
“It is imperative for all members of the APC to hold on to these noble ideals at all times. Under such circumstances there should be no reason to disagree on anything least of all leadership of the Party at any level”.
“This cabal had unwittingly reduced all arguments about the future of Nigeria to non issues such as Ethnicity and Religious bigotry. Under such circumstances, the progress of the Nation has stagnated, leadership focus has become clannish and mediocrity has taken over serious business of Government. These are the real challenges before all patriots and these are the motives behind the move by the G5 Governors and all other patriotic forces within the National Assembly and other sections of the polity,” he  said.
Stressing further Governor Nyako said;  “Anyone who reads the statement issued by the PDP leadership on Sunday the 5th of January, 2014 should definitely appreciate the real dangers these unpatriotic forces want to unleash on the country.

“All they were doing was to describe others in their own mould. They are clannish ethnic chauvinist and religious bigots hence they describe others in the same manner.
“Their reference to others as sectional leaders promoting a religious agenda provides an apt description of who they are. Their transformation agenda is only a ploy to transform Nigeria from a strong, viable and united country to a nation where mistrust and suspicion reigns supreme and the people Balkanized along regional, ethnic and religious lines”.
According to the retired naval officer, said that as someone who fought a civil war to keep Nigeria united, and rose to command a National Institution such as the Nigerian Navy as a Service Chief he cannot sit by and watch unpatriotic elements dismember the Nation in a bid to achieve their myopic selfish ends.
“I have no political ambition other than to see that Nigeria is driven on the path of Progress and Economic prosperity. As a two-term Governor, I am constitutionally excluded from the next gubernatorial election, and I have already stated that I have no ambition to contest any other political office in the 2015. My concern is to save this country balkanization and promote the best interest of future generations of Nigerians”.