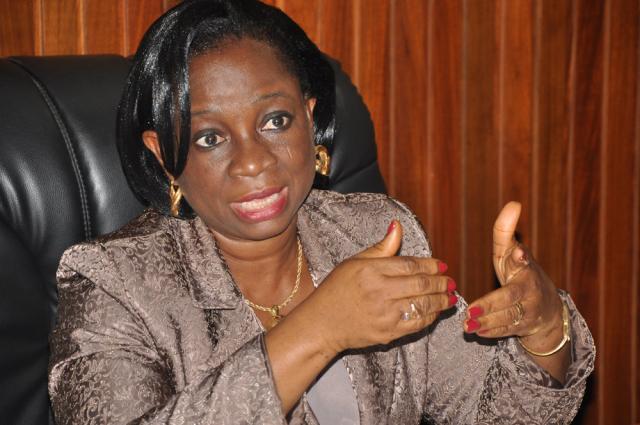 The Chairman of House of Representatives Committee on Millennium Development Goals, Hon Ado Hassan Doguwa has lauded President Goodluck Ebele Jonathan’s commitment to the attainment of the MDGs in the country. He however challenged all stakeholders to re-double their efforts towards the global agenda as the international community wind down the millennium development framework.
Subscribe to our newsletter
Doguwa made these remarks at the MDGs’ call for application, sensitization and training workshop for the 2013 round of Conditional Grants Scheme to states held in Abuja on Wednesday.
The lawmaker said President Goodluck Jonathan has over the years demonstrated obvious commitment to the attainment of the MDGs as championed by the Dr Precious Gbeneol led Office of the Senior Special Assistant to the President on MDGs. He said recent inspection and tour of sites of MDGs related projects during the oversight tour of lawmakers confirmed the commitment of OSSAP-MDGs to ensuring that Nigeria achieves most of the development goals by target date of 2015.
He however lamented that while the President’s commitment remains unflinching, the poor release of funds budgeted for the MDGs’ projects by the Ministry of Finance appears to be standing between the determination of the President and the attainment of the MDGs.
Doguwa further stated that with less than 1, 000 days to the deadline of the global agenda, there is, more than ever before, the need for the States and LGAs, whose primary responsibility it is to deliver the basic development to the people as enshrined in both the country’s constitution and the MDGs framework to step up efforts to complement the Federal Government.
In her remark, the Senior Special Assistant to the President on MDGs, Dr Precious Kalamba whose address was read by Mr. Noze Otete, Secretary of Programmes, OSSAP-MDGs stated that “the workshop will provide a platform for States that could not access the approved funds for 2012 on ways of identifying projects that need to be reviewed as well as supply relevant data from policy documents that will support the project review exercise. This workshop is also aimed at providing stakeholders at the State level with relevant tools needed for packaging fresh State – Track applications.

“In line with the requirements of the Conditional Grants Scheme Implementation Manual, the following sectors and initiatives have been approved for the 2013 CGS to States applications: Poverty eradication & Wealth Creation (Agribusiness/value Chain, Micro credit to Agric-based Cooperative Societies, Women empowerment through training and Skill Acquisition Centers); Improving access to safe water and sanitation in line with National Policies on Water and Sanitation, with specific emphasis on sustainable solution; Primary Healthcare infrastructure and human resource development to support actualization of NSHDP, WMHCP and IMNCH, and Improvement of Governance and institutional mechanism of State systems particularly (Monitoring & Supervision, Research and Development, Community engagement/participation/sensitization /feedback, Communications strategy, including advocacy & Branding,” said the SSAP-MDGs.
Gbeneol added that in view of the time lag between approval and implementation of projects approved under the 2012 CGS to States round, it has become imperative for States to review these projects in order to avoid duplication of projects site and ensure that the projects make high impact on the poor and vulnerable.
“This said review where it is required, is expected to cover the project scope, change in location, cost and other related issues, using the current available data with emphasis on gaps that need to be closed regarding MDGs Goals that present the most challenges. You should note, however, that the cost of the reviewed/updated projects should be within the envelope already approved for the State under the 2012 CGS and in line with the 2012 CGS to States thematic areas of investment,” she said.
Gbeneol noted that since 2007, her office has been giving conditional grants to States and later LGAs in its determined effort to attain the MDGs by 2015.
“In 2007, a total sum of N18.4bn was invested in the States by the Federal Government through the CGS initiative. This continued in 2008 where N24.4b was invested in the States, while in 2009, N27.0bn was spent on pro-poor interventions in the States. The year 2011 saw the emergence of CGS to LGA where N21.05bn and N11.3bn were invested in the States and LGA tracks respectively. As you are all aware, due to poor releases in 2012, there was a decline in the total disbursements to States to N12.2bn out of which N5.0bn was spent on Conditional Cash Transfers (CCT) in 24 States. In the same year, N14.8bn was invested in 148 LGAs through the CGS LGA track,” Gbeneol added.
Speaking at the event, representative of DFID SPARC, Tim Donaldson stated that the CGS initiative is a world class scheme and best practice worthy of emulation as it places the states and LGAs, who are closet to the people at the driving seat of applying the development programme. He also added that the scaling up of the CGS to 250 LGAs from the existing 250 LGAs with a concomitant increase of funding to the LGAs to N250bn is a worthy venture and deserve commendation. Donaldson stated that this has further brought to fore the commitment and efforts of the OSSAP-MDGs to the attainment of the MDGs.
In the same vein, the representative of the head of delegation of the European Union to Nigeria, Kate Kanebi, while commending the coordinating ability of the Office of the Senior Special Assistant to the President on MDGs called for the strengthening of the local capacity with a view to ensuring sustainability of the infrastructure put in place by the MDGs office.