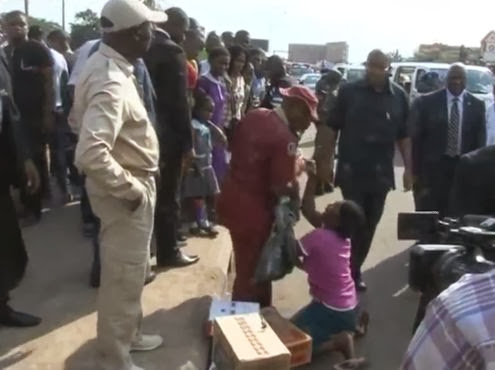 This can best be described as the most shocking remark ever made by a State Governor to a poor woman. The heart of a man who can say such things, especially in front of a huge crowd and cameras is desperately wicked. This video shows Governor Adams Oshiomhole ostensibly leading officials of the state to sanitize the city of Benin, the Edo State capital. In the course of his tour of duty, he came across a widow roadside hawker.

The Poor Widow Knelt Before The Imperial Governor, A Former Labour Leader, Begging For Her Little Means Of Livelihood To Be Saved. She Pleaded That She’s A Widow.
Subscribe to our newsletter 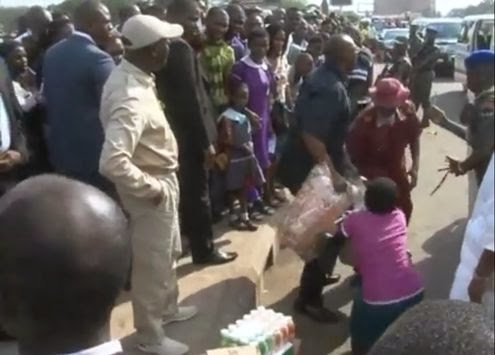 But her pleas fell on the governor’s deaf ear. In what could be regarded as the most unkind cut of all, the governor said the widowed woman should “go and die”!
Afterwards he stood for some seconds looking indifferently on how the officials took the women’s belongings away, and he left the scene of the drama. 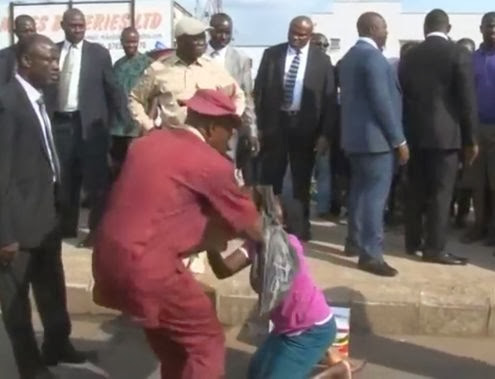 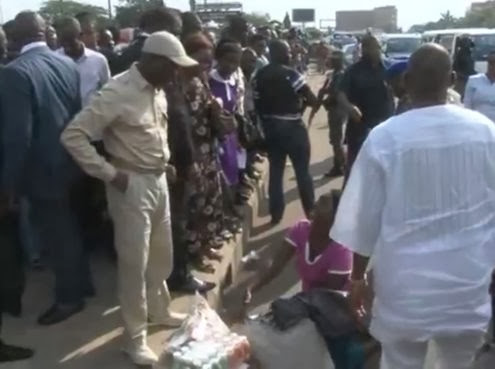 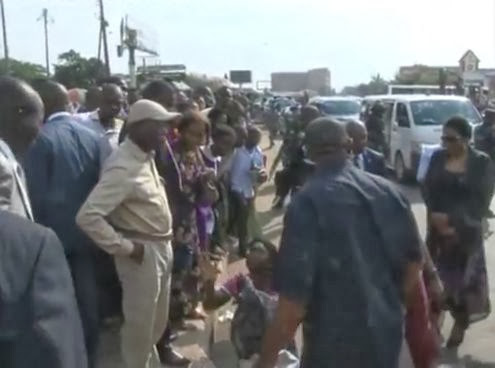 The huge crowd which witnessed all these was too shocked to say, or to do anything..

Oshiomhole Apologises Over Comments To A Widow

Expulsion Of Baraje, Sam Jaja Others From PDP Laughable, Affront On The Judiciary