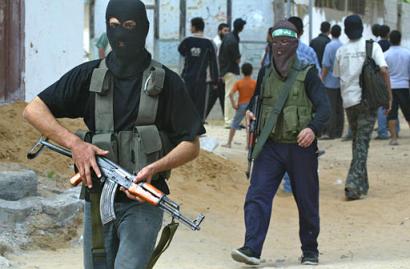 AT least, 15 persons were feared killed in Ogba/Egbema/Ndoni Local Government Area of Rivers State by unknown gunmen according to The Punch newspaper report
The gunmen numbering about 12 stormed seven communities in the local government area and opened fire on unsuspecting persons.
Subscribe to our newsletter
It was gathered that the assailants, who were all armed with AK-47 rifles, rode into the area with six motorcycles and operated from 9pm on Wednesday till the wee hours of Thursday.
A source in the area told our correspondent that while three persons were shot dead in Ede, one of the communities in the area, one person lost his life in Obite.

In Egite community, two persons were killed by the gunmen while two others were injured.
The source told our correspondent that four persons were shot at close range in Egita community while one also died in Obiosimiri community during the raid.
“In Akabta community, the gunmen killed one person and an undisclosed number of people were injured. So far, 15 persons were killed during the night raid by the unknown gunmen.
“They (gunmen) began their operation at about 9pm on Wednesday night till early this (Thursday) morning. As I speak with you, some of our people, who were injured, are in the hospital,” the source from Egi clan in Ogba/Egbema/Ndoni added.
However, efforts made to reach the State Police Public Relations Officer, Mr. Ahmad Mohammad, proved futile as his mobile phone was switched off.