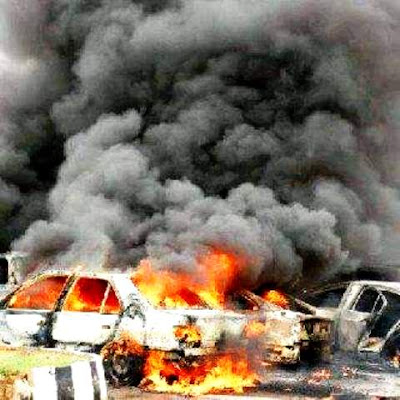 Gunfire and explosions shook one northeastern Nigerian town Tuesday while soldiers slapped a round-the-clock curfew on another in the region hit by waves of insurgent attacks, the military and residents said.
Clashes broke out in the town of Gamboru Ngala on the border with Cameroon on Monday night and continued on Tuesday, a resident said. The military had not commented on the situation there and details remained unclear.
Subscribe to our newsletter
Meanwhile, a round-the-clock curfew was imposed on the city of Potiskum and soldiers carried out house-to-house searches.
The military did not say why it moved to suddenly impose the curfew in Potiskum or provide other details. The operation came ahead of the Muslim Eid al-Fitr holiday which follows the fasting month of Ramadan.
The situations in the two towns did not appear to be linked as they are located hundreds of kilometres apart in Africa’s most populous nation.
In Gamboru Ngala, one resident said the fighting began after someone who runs errands for immigration officers was shot and wounded.
“We have been bombarded with explosions and sounds of gunfire since yesterday evening,” the resident said.
Residents over the border in Cameroon also reported hearing gunshots.
In Potiskum, residents said soldiers were conducting house-to-house searches in two neighbourhoods and word had spread in the town that troops were looking for high-profile members of Islamist extremist group Boko Haram.

“The Joint Task Force announces the imposition of a 24-hour curfew commencing from today,” a military statement said late Monday.
“Residents of Potiskum town are enjoined to remain calm and cooperate with security agencies by remaining indoors until the curfew is lifted.”
It gave no indication of how long the curfew would remain in place. Nigeria will celebrate Eid al-Fitr on Thursday and Friday.
“I have been able to contact some people in other parts of town and from what I gathered there is a huge military deployment in town and that house-to-house searches have begun in two areas,” resident Kabiru Ahmed said.
Another resident provided a similar account.
The clashes and military operation came in the wake of fighting in two other northeastern towns on Sunday that left at least 35 people dead, most of them insurgents, according to the military.
Those clashes broke out in the towns of Bama and Malam Fatori and were triggered by attacks on soldiers and a police station, the military said.
Nigeria’s northeast is currently under a state of emergency as the military pursues an offensive seeking to end Boko Haram’s four-year insurgency.
The insurgency is estimated to have claimed more than 3,600 lives since 2009, including killings by the security forces.
Source: Vanguard

CBN Governor, Sanusi Lamido In Trouble As President Jonathan Queries Him Over Fraud In CBN