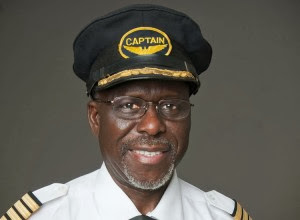 It has now emerged that the jinxed and accident-prone Governor Idris Wada of Kogi State was rushing to the state capital, Lokoja, on Monday to arrange for the disbursement of N3 billion to a long list judicial, presidency and PDP officials in an attempt to influence the outcome of the case against him coming at the Supreme Court on November 25, 2013.
It would be recalled that Wada’s convoy collided with the vehicle carrying former ASUU President Festus Iyayi three days ago, killing the renown writer and radical scholar. Wada’s convoy was said to be on full speed when the accident occurred.
Subscribe to our newsletter
Iyayi is the fourth mortal casualty of the lawlessness and recklessness of Wada’s convoy in 22 months of his tenure. The ambulance in his convoy killed a poor mother who fled the Kano security situation and settled in Lokoja about 3 months ago. His convoy also killed an  Okada man in Lokoja months after Wada broke his leg in an accident that killed his ADC Idris Muhammed.
The Governor and his entourage were booed and threatened by sympathisers Tuesday when he visited the hospital to see wounded colleagues of Prof Iyayi.
Despite the outrage that greeted what many in the state call “routine human sacrifice”, aides of the embattled Governor spent most of Wednesday at Zenith and FCMB banks in Lokoja changing the N3 billion state fund into United States Dollars meant to bribe key judicial, party and presidency officials to influence the Supreme Court hearing and judgement. The Governor’s handlers in Abuja as well as his lawyers are working round the clock to get the case adjourned indefinitely since it is obvious that he will lose.
The Jibrin Isah Echocho case challenging his nomination and purported election during the PDP primary in September 2011 is one of the two cases at the apex court against the governor. The second is the Oyebode Makinde case challenging his election and swearing in on January 27, 2012 by the Customary Court of Appeal judge.

Having spent state funds buying judgements at the easily compromised Abuja high court and Appeal Court, Wada is having the Supreme Court a hard nut to crack because of the no-nonsense stance of the current CJN Mariam Aloma Muktar. It would be recalled that she had sanctioned more than 10 junior and senior court officials, including a deputy registrar of the Supreme Court, who shared N250 million from Wada to get a long hearing date for the case. The case should have come up in June or July this year but the corrupt Supreme Court officials succeeded in fixing the hearing for Nov 25th.
Notwithstanding the incorruptible CJN, Wada and his lawyers are desperately approaching the other members of the panel through third parties.
The people of Kogi are worried that a governor who has nothing to show for his two years in power should be so desperate to remain in office at any cost by frittering their resources away.
Wada is easily the most restless and delinquent of the 36 governors. He plays golf at the IBB Golf Course in Asokoro, Abuja, everyday and he is often the first to get there. This is a pastime he shares wit his wife who is so dramatic about her ‘office’ that she is often surrounded by a retinue of bodyguards even on the golf course.
Wada is in Aso Villa more frequently than most other governors, pretending to be holding consultations with the President. Villa staff say he ‘loiters’ around like an errant school boy. Govt House sources in Lokoja confirmed that he rarely spends 48hrs on seat at a stretch before dashing off to Abuja where he has built for himself an alternate Government House in Maitama. Colossal sums of state monthly allocation are being frittered away by the day. Some say he is paying back the ‘investment’ of his benefactor, Ibrahim Idris. Others say he is stashing away as much as he can in anticipation of the likely unfavourable Supreme Court judgement.
The people of Kogi are worried that Wada has made the state worse than he met it. His temperament and official disposition is that of a stand-in chief executive who is totally unable to impact positively on governance in the state. Kogi is easily at the bottom of all indices of development in Nigeria today.