From Eagle Square to the Syrian Imbroglio,By Garba Shehu 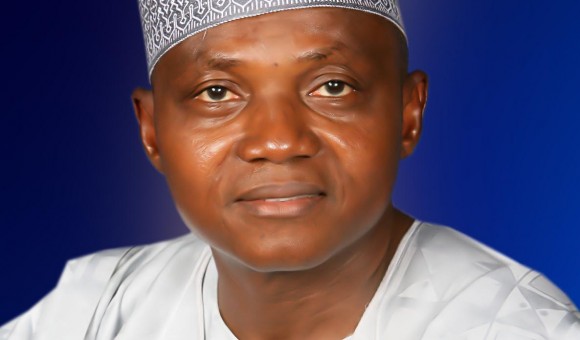 The crisis in Nigerian’s ruling party, the Peoples Democratic Party, PDP blew up on the face of its country’s leaders with the walkout of seven of its governors and several other leaders in disagreement with the way the party is being run.
There are several reasons why the problem in the PDP has no easy solution. One of this is the President’s immediate circle of officials and advisers.
Subscribe to our newsletter
Watching him give a live speech at the convention at the Eagle Square in Abuja, leaves one wondering if this is a President that is being managed at all. Dr. Jonathan Goodluck must come to terms with the fact that he can do better with a completely new personal management and speech-writing teams.
Many who saw him must have wondered why he wore the uniform he did. Presidents ought not to be decked out in political party garb and certainly should be required to wear a lanyard with a huge credential.
Two gentlemen standing right behind the President as he spoke – I could identify the former Minister of Information, Jerry Gana and a macho guy wearing dark goggles – were a terrible distraction and should not have been in the eye of the camera throughout the President’s rather lengthy address. Jerry Gana in particular did not stand still and was actually not paying attention to what the President spoke.
It’s equally amazing to think of what had become of professionalism in camera work in the Nigerian Television Authority, NTA. The TV shot of the President showed a background of a constant flow of legs… people walking behind the stage, a yet another indication that people were not paying attention.
The speech content was itself no less a disaster. It was just a long list of projects and financial amounts and it went on and on, such that you could mistake it for an appropriation speech before the parliament. There was no message, no vision.
Lastly, I have continued to wonder what the President meant when he insisted in his final remarks that his party, the PDP did not change its logos; its colours and on and on, and that it will not change. He closed out with a refrain that suggested that this was not a party of change and is therefore not prepared to change. Message hammered home: we are not ready to change!!
Syria will be bombed by the United States, U.S. no matter what the United Nations decides, no matter what the United States Congress says, that is for or against President Obama’s planned attack. That attack will go ahead for three significant reasons.
First is that the United States wants instability in the region so they can get more land for Israel. A new State for Palestine has become inevitable. To carve its territory, the U.S. wants to push out millions of Palestinians in West Bank into Jordan and other Arab territories so that there will be more land for Israel. They are going to do this, not only through the denial of the right-of-return for more than two million Palestinians in refugee camps in Jordan, Lebanon and other Arab countries but by the denial of citizenship rights including the right to vote to millions of other Arab Israelis.

Israeli Arabs are expected to outnumber Jews in that territory going by the current Arab fertility rates fuelling population growth. Israel won’t mind offloading that unwanted surplus onto the new Palestinian State.
The second reason is that U.S. foreign policy which is determined by its strategic aims and objectives and from every indication, a war will help to prop up the U.S. economy.
A third reason why nobody can deter the U.S. is that this is an important window of opportunity to help rid Israel of an unrepentant enemy. America has a proud heritage of the guardianship of liberty and freedom and has used this as pretext to clobber bad guys whether they are Nazis, Saddam Hussein, Al-Qaeda, Ghaddafi, Che-Guevera and now Assad for failing to respect the “chosen people”.
Without waiting for the outcome of the U.N. inspections, the U.S. has already assumed the self-righteous position that the Chemical weapon Sarin its secret service agents have found on the victims in Syria was used by the Assad regime. America has determined before the evidence is put on the table that the Syrian rebels who Amnesty International and other human rights bodies have established as being no less wicked and inhuman are not liable for the chemical weapons attacks. This is of course a laughable conclusion given that the Syrian rebels are an assortment of good and bad, including extremist elements such as Al-Qaeda and the Brotherhood.
A U.S. war on Syria whether limited or unlimited will destabilize an already volatile region. It will amount to pouring oil into the fire.
In Egypt today, the U.S. in concert with a few western powers have egged the army on to remove a democratically elected government within one year of its term in a bloody coup. The Egyptian army follows what the U.S. tells it to do. The army uses bullets to disperse protesters. In the city of Nasr alone, 127 people were shot and killed last week. If they hold an election tomorrow and the Brotherhood wins, will they dissolve the election again and again?
From past records, U.S. and western interventions in Iran, Iraq and Afghanistan have all been trailed by regrettable consequences. In the case of Iraq in particular, facts from hindsight showed that the U.S. and Britain lied with claims of weapons of mass destruction which warranted the war. It is expected that the two countries will be more circumspect to avoid making the same mistake twice. As it is, the U.K. Parliament has pulled the brakes on the British drive for the war. Prime Minister David Cameron, in reaction stated that “it is clear to me that the British Parliament, reflecting the will of the British people, does not want to see military action. I get that and the government will act accordingly”.
In the case of the U.S., administration officials, both privately and publicly stated that the President will act alone if the Congress did not approve his request for military action against Syria. In France, President Francois is pressing the throttle for unilateral armed attack. In his own case though, he is awaiting parliamentary approval.
Both Syria and Eagle Square tell you that democracy is a myth, don’t they?