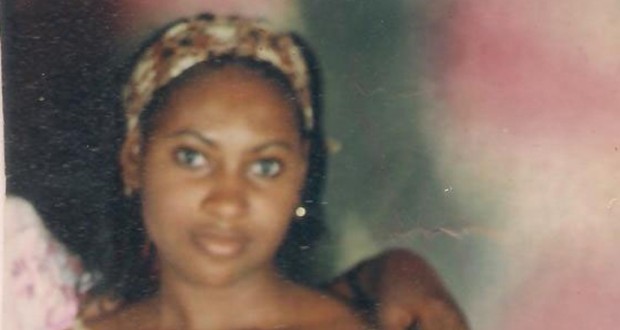 Subscribe to our newsletter
Apart from his daughter, Miss Charity (Aisha) Uzoechina, Pastor Raymond Uzoechina has called on security agencies to investigate activities at the palace of the Etsu Nupe, Alhaji Yahaya Abubakar, to ensure that many people there had not been forced to convert to Islam and held against their will.
“Apart from my daughter, there are so many people at the palace. There is need for the police to investigate and ensure that the people are not suffering the fate of my daughter,” Pastor Uzoechina told Vanguard on phone, yesterday.
He spoke ahead of the August 1, 2013 expected ruling of the Bida Sharia Court 1 on whether or not 24-year-old Charity (Aisha) Uzoechina should be released to her parents.
Charity left their Abuja home to further her studies at the Federal Polytechnic, Bida, Niger State recently.  According to reports, she has not returned home since March. She has allegedly been at the palace of the Etsu Nupe on her own volition after converting to Islam and changing her name to Aisha.
Pastor Uzoechina is claiming that his daughter was kidnapped and hypnotised and could never abandon the Christian faith for Islam. But the Etsu Nupe argued otherwise and produced legal documents where his daughter said she had converted to Islam and alleged that his father could kill her for the action hence the need to seek protection from the Palace and the Sharia Court, which the court granted.
Consequently, the Etsu Nupe refused to release the lady to Uzoechina, a pastor with the Redeemed Christian Church of God, RCCG, citing the sharia court ruling.
Asked how far the matter had gone, the pastor said: “They (sharia court) have fixed Thursday, August 1 for ruling on our appeal that they don’t have jurisdiction. You can’t judge a Christian in a Muslim court. I am appealing to them to vacate the judgment because they don’t have jurisdiction.”
How can I kill my daughter?
On allegations that he could kill his daughter over conversion from Christianity to Islam, he said: That is not true. My daughter cannot make that allegation. Why should I kill her? We asked them to bring her to the court so that my lawyer can cross-examine her but they refused.
“If she has converted to Islam, must she practice at the Etsu Nupe’s palace?  Is Etsu Nupe the chief security officer now? They should not separate me from my daughter. She has stayed in the palace for six months. If they say I will harm her, let them release her to the Inspector General of Police, leader of the Christian Association of Nigeria, CAN or ask me to write an undertaking. Why is my daughter still under Etsu Nupe’s enclave? I am only talking about my daughter; there are so many people at the palace. There is need for the police to investigate and ensure that other people are not suffering the fate of my daughter. They did not allow my wife to see my daughter when she visited the palace.”
Genesis of the matter

Pastor Uzoechina said the matter, which is now causing a big row among the Pastor Ayo Oritsejafor-led CAN, the Bida Emirate and the Nigerian Supreme Council for Islamic Affairs, NSCIA, started on March 1 and 2 when he got a call from an aide of the emir, asking him to come to the palace.
At the palace in Bida, he said he met his daughter with two other women. “The man said these women brought my daughter to the palace that she has embraced Islam and she has also been withdrawn from school. Those women even claimed they have taken her through the rudiments of Islam and have started looking for a school for her. At this juncture, I demanded that I am going home with her. But the man declined, saying only the emir has the power to allow the girl go with me. They took me to the emir but the emir refused my plea, saying I should come back next week.”
On March 4, he said two people who claimed to be from the Bida Sharia Court emerged with his daughter with a folded paper and asked him to sign but he refused. He tried to take his daughter but was told that she was now under the custody of the Sharia Court.
The Sharia Court 1 said it arrived at the decision because the girl claimed her father could kill her following her change of faith. It also said that the defendant (Pastor Uzoechina) shunned an invitation to appear before it to defend himself, adding: “At this juncture, this honourable court hereby orders that the custody of the plaintiff be entrusted in the hand of Etsu Nupe for the time being and the Etsu Nupe should employ a qualified Islamic scholar who will be teaching her and showing her what the Islamic customs is all about and the plaintiff can even be watching and selecting a man of her choice whom she will want to marry as her partner.”
Appeal
Consequently, Uzoechina got his lawyer, Anthony Agbonlahor, to appeal the ruling. The lawyer also petitioned the Chief Judge of Niger State, complaining about the conduct of the judge of the Sharia Court 1, Justice Abdulkadir Idris, saying that the court had no right to take custody of the girl.
He said: “Contrary to the principle of natural justice vis- a-vis fair hearing, our client was not served either with the court summons/processes or hearing notice. The case was filed on March 4; the case was heard March 4 and judgment delivered on the same day. In fact, judgment was also executed on the same date. The question is: why the urgency?”
Responding to the allegations, the Bida Emirate reportedly accused Uzoechina of distorting facts and insisted that the Etsu Nupe should not be blamed for the girl’s voluntary decision.
It said in a statement that Miss Uzoechina approached the monarch for protection over her change of faith from Christianity to Islam on February 15.
“The royal father invited the father of the girl for talks, with the hope of reconciling them. On March 2, the father came to the palace and was taken before His Royal Highness. It was at His Royal Highness chamber that the father came face to face with his daughter. After discussions with the girl and her father, the Etsu Nupe asked the girl to go back home with her father to resolve the matter as a family.
“The girl refused to go home with her father fearing that the father may harm her going by the encounter at the Etsu Nupe’s palace. The girl left the palace and approached a court in Bida for protection, a request which the court granted the girl. The girl has since been in the custody of the court in Bida. Her reason was that her father insulted her and she was scared that he may harm her because of his utterances during their short meeting.”
Source: Vanguard