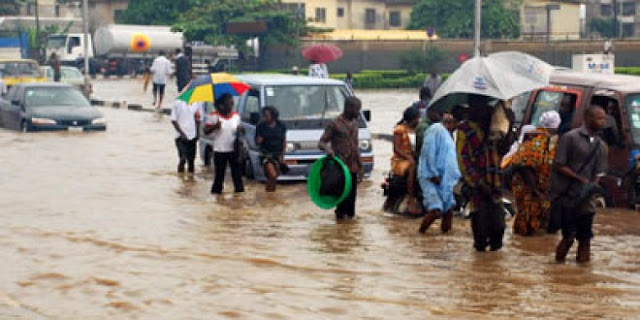 No fewer than 20 corpses were unearthed at the Yan Kaba Cemetery in Kano metropolis following floods which occurred after a heavy rain fall.
Subscribe to our newsletter
The flood occurred on Friday night after a down pour in the city.
A resident of the area, Malam Audullahi Musa told NAN on Saturday in Kano that the corpses were discovered outside the cemetery in the morning by the residents of the area.
“At the moment there are 20 corpses awaiting reburial at the cemetery,’’ he said.

Musa called on people of the area to come out and assist to rebury the corpses, to avoid possible outbreak of diseases.
The Executive Secretary of the State Emergency Relief and Rehabilitation Board, Alhaji Ali Bashir, confirmed the incident in an interview with NAN.
He also said that the flood affected some houses in the metropolis.
Bashir said that the agency had deployed some officials to the area to ascertain the situation.
Source: (NAN)