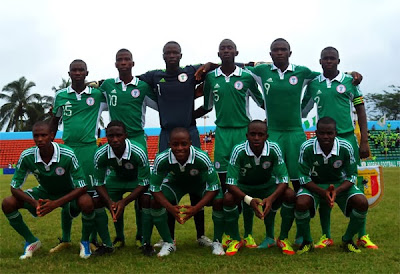 The Peoples Democratic Party (PDP) has described Nigeria’s victory in the FIFA Under 17 World Cup as “yet another testimony to its earlier declaration that the nation has entered into the era of possibilities under President Goodluck Jonathan.”
PDP National Publicity Secretary, Chief Olisa Metuh, in a statement recalled the victory of the Super Eagles in the African Cup of Nation in February adding that “today’s victory in the Under 17 World Cup is a clear indication that the nation will surmount its challenges under the current dispensation.

Subscribe to our newsletter
“The fact that the nation lifted these coveted trophies is a clear indication that we have entered the era of possibilities. It is indeed a sign that the doors of goodluck have been opened for the nation to excel in all other sectors. It shows that there is nothing impossible and that collectively we will overcome all the challenges we are facing as a nation”, the party said.
The PDP which said it was proud of the Nigerian Under 17 team commended the players for “keeping their eyes on the trophy right from the beginning of the tournament.”

Senator Goje May Be Disciplined By For Alleged Political Campaign