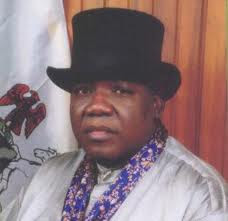 Edem Duke, Minister of Culture and Tourism, is a man currently embattled over allegations of extortion in his bid to fly the ‘Fascinating Nigeria’ project for the tourism industry, LEGISREPORT can authoritatively reveal.
The project is meant to be a brand identity for the country’s tourism industry.
Subscribe to our newsletter
But in a bizarre twist, angry buzzes are now emanating from the nine agencies under the Ministry of Culture and Tourism over claims that the minster has since mandated their respective directors general to cough out N100 million each to fund the project since the budget 2013 does not capture ‘Fascinating Nigeria.’
The agencies under ministry are the Nigerian Tourism Development Corporation, NTDC, National Council for Arts and Culture, NCAC, National Commission for Museum and Monument, NCMM, the National Theater, the National Troup, Nigerian Institute for Hospitality and Tourism, NIHOTOURS, Center for Black Arts and Culture, CBAC, National Gallery of Arts, NGA, and National Institute for Cultural Orientation, NICO.
It was also gathered that some agencies, like NTDC were given higher targets on account of the viability of the corporation.
As recalled, former NTDC boss, Olusegun Runsewe was eased out of the office in mysterious circumstances while on assignment outside the country.
In his place Sally Mbanefo, purported to be in sizzling romance with former Senator and current Secretary to the Federal Government, SFG, Ayim Pius Ayim, was appointed as NTDC DG.
Reports made available to LEGISREPORTS indicate that the Fascinating Nigeria project may well be one of the reasons why Runsewe was eased out of office.
While in office, the former DG is known for his constant tiff with supervisory ministers over who manages NTDC money.

It was on account of one of these fights that the yearly Abuja Carnival was yanked off the purview of NTDC.
But with Runsewe out of the picture, the coast seems clear for Duke to have access to the agency’s vault.
Even if money for the prosecution of the project were captured in the 2013 budget, the minister is hamstrung by recent reforms in budgetary allocations.
Unlike in previous instances where monies for respective MDA’s are lodged with the supervisory ministry, expenditures captured under the budget are now paid directly to the agencies and contractors directly from the Central Bank of Nigeria, CBN.
What this implies is that ministers no longer handle funding for capital projects.
Where the Fascinating Nigeria project captured in the budget, NTDC would supervise the project while its contractors get paid directly from the CBN after the agency has certified it.
Explaining this matter, further, a director with NGA, one of the agency at pains as to how to raise N100 million, said that what the minister has ordered the DGs to do amounts to money virement.
“The minister is ordering the agencies to take money meant for other purposes and give to him for this project. This is illegal,” explained the highly place official.
LEGISREPORTS attempt to reach the minster and some of the DGs have remains unfruitful. However his Spokesman denied the report when contacted.
Source: LEGISREPORTS