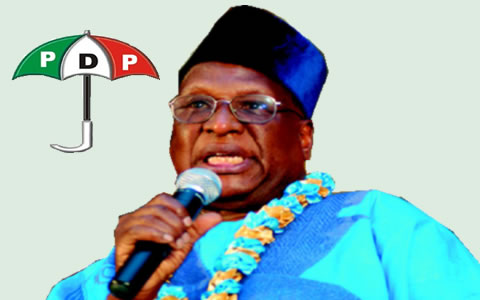 The forum also stated that it recalled with grave concern the same antics employed by the same members of the NWC, then led by Prince Olagunsoye Oyinlola, to reverse the dissolution of the Pro-Nyako Kugama-led EXCO in Adamawa state in January last year, thereby undermining the very authority of the NWC itself and creating the basis for the current distrust between them and the National Chairman.
“We view the current act as another attempt by the same reactionary forces that then tried to undermine the political standing of the National Chairman and in the process almost wrecked constitutionalism in our party affairs. The same forces are at it again; this time trying to foster needless constitutional crises on the party in this election year on the altar of personal animosity and ego-driven avowed opponents of the National Chairman. It is a well-known prophetic saying that a house divided against itself will surely fall,” Ardo said.
While calling on the President to see the current action of the members of the NWC as an act principally aimed at dividing the house and not uniting it, the forum added that “They failed then on Adamawa; they will fail now too, on Nigeria.  We further call on the president to also take note of the fact that opposition to the PDP is mainly coming from the so-called Hausa-Fulani core North, to which Bamanga belongs, many of whom are still holding on to the PDP on account of Bamanga’s leadership.”
Morseo, it stated that; “The removal of the Chairman and the politics of his replacement will indeed unlock several chains of events the final outcome of which no one can fathom for the party. Those who left the party did not do so on account of the National Chairman; but on account of own peculiar irreconcilable local politics in their constituencies. The chairman is merely a convenient excuse.   Besides, the chairman was duly elected in the party’s national convention; his removal will only further denigrate the party’s standing on the sanctity of elections and constitutionalism as the basis of holding elective public office in Nigeria. Such denigration will create in the populace a rejectionist tendency towards the party that can adversely affect its electoral fortunes in 2015.”
“We therefore appeal to the president not only to prevail on all the key national organs of the party to see reason and protect the National Chairman’s Office but he should also call to immediate order these reactionary members of the PDP’s NWC to henceforth put the interest of the party above all other considerations. Their accusations against the National Chairman are lame and deceitful, and the dose of medicine they prescribed is far more deadly than the ailment being suffered,” Ardo said.

Pres Jonathan, Stop This Reign Of Impunity In Rivers – APC