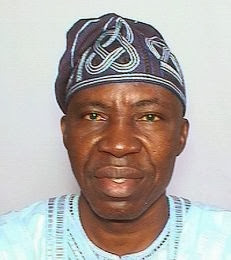 Warning: Do not disturb … Democracy in progress … Nigerian style …Dumb Senators at work!: The Senate is on its way to pass a bill that seeks seven years jail term of social media critics found guilty of inciting the public against the government. “Anyone who intentionally propagates false information that could threaten the security or that is capable of inciting the general public against the government through electronic message shall be guilty of an offense and upon conviction shall be sentenced to seven years imprisonment  or N5 million (fine).”
With sheepish effrontery, the Akindanidani Senator introduced the bill:
“My name is Senator Adegbenga Sefiu Kaka, a former deputy governor o Ogun State (1999-2003). I was elected a Senator for Ogun East Senatorial District during the national elections that took place on the 9thApril 011, into the current 7th National Assembly (201-2015) under the platform o Action Congress of Nigeria Party (CAN) now All Progressive Congress (APC).”
Subscribe to our newsletter
“My stewardship as a Senator in the last two years goes thus;” Akindanidani Senator proudly beats his chest of his achievements in the Senate: “BILLS: Till date, I have the honour and privilege of leading the sponsorship of four (4) different bills; as follow: The Bill for an Act to Provide or Prohibition and Punishment for Electronic Fraud and Electronic Transfer of Funds in Nigeria And Other Related Matters 2013,” in co-sponsorship with 31 Senators; awaiting Third Reading.”
Never met people from hell before – until now. The Kaka bill is a confirmation that dumb Nigerian Senators have moved their legislative offices from hell to be in close proximity to 160 million Zombies for accessibility and Rapid Offensive Response (ROR). Can anything good come out of a Senate led by David Mark? This nation is in dire strait – a nation where the wisest are perplexed, and the boldest staggered!
The on-going debate on the Kaka bill to clamp down on social media critics is a convenient psychological translation for political secrecy. In a dramatic staccato way, the bill reveals that the Senators are suffering from profound moral and spiritual handicaps without having any idea of where to look for healing.
After a barrage of criticisms from the social media the Kaka bill was intended to gag, Senator Akindanidani issued a belated apology: “Thanks for your concern and those of many Nigerian commentators. It is their inalienable right as this proposed bill and any other for that matter are to serve all. Be rest assured of my taking responsibility for the oversight in expunging or moderating the S.13 (3) at the draft stages. This will be done soonest.” What in the world were you thinking when you proposed the bill? You should be ashamed of yourself. How dare you for  having the audacity for proposing such Abacha or IBB draconian bill? Your apology is too little and too late.
More than anything else, the Kaka bill is more like political battle for power than moral searches for the truth. Questions had answers, problems had solutions, and pains had their medicines. But it is crystal clear that the dishonorable dumb Senators don’t know which one of the three they are dealing with.
In their utter foolishness and ignorance, they have come to believe that good leadership requires a safe distance from those that elected them into office. The propose bill is a mockery of democracy which reads like the last rights from patients with Alzheimer’s and other types of dementia.
For the umpteenth time, I’ll like to state that the parties are one and the same. There was no parallel indignation on the part of the self-styled progressives. Hello APC! The Kaka bill exemplifies the legislators’ totalitarian nature. It is an open invitation to ridicule and caricature of government of wolves.
There are reasons to be concerned about the Senators overreach – excessive secrecy and lack of transparency. The bill is so evasive and vague. The threat that social media critics pose to national security is abstract, conjectural, and unspecified. It’s an attempt by the thieves in the upper house of the National Assembly to abridge citizen’s freedom of speech, expression, or association.

It is also an attempt to harass and blackmail political critics of the administration in particular and the 419 politicians. If passed, the harm will be civic, collective, and will destroy the architecture of trust and accountability that supports an open society and democratic polity. Indeed, the harm will also extend to the already damaged reputation of the Akindanidani (Yoruba for dunce /dumb) Senators.
Of what sense is it for these Akindanidani Senators to construct a censorship behemoth that apparently could hardly be enforced? What satisfaction would the Akindanidani Senators derive from using their powers for nefarious purposes? What are the priorities of these fools? The university system in the country has been shut for five months. The Boko Haram continues with their harvest of killings. The country is invaded by 100 million destitute. The recruitment of jobless Nigerians is at all-time high. Corruption remains the only thriving industry in the land. The census of absurdities cannot be accurately enumerated – they are just too many.
The bill calls into question the leadership attributes of the Akindanidanis. It shows there are three different types of leadership in the Senate: The drop outs – those who give up and fail to take responsibility. The cop-outs – those who make excuses for why they aren’t responsible. And the hold-outs – those who waiver too long to take responsibility.
What impact can godless character have on leaders and the nation? Leaders are to add value not to take it away. These Akindanidani Senators forgot that they must serve their people and their purpose. They are not given authority to better themselves, to enlarge their income or social status, or to improve their standard of living at the expense of people they are supposed to serve. They are first and always servants of others. In a word, they are to pursue love and service to others, improve welfare of the people, and their motive should be to meet the needs and grow the cause of the people.
In a sane and civilized democracy, there ought to be no secret or mysteries concerning the elected representatives of the people. The Senators believe with the passage of the bill, their fraudulent, corrupt, looting, and stealing spree will be tucked away from 24/7 news cycle courtesy of Internet portals. But they are making a big mistake. Rather, it will encourage critics and other muckrakers the more to dig every known and unknown dirt about the Akindanidanis.
If this bill is passed, it will amount to an inquisitorial priesthood in a democracy. It is an instrument of conspiracy. A democratic government that worth its salt must make openness a regular feature of governance. Under the auspices of openness, no evil can continue.
Mystery was the name in revelations. Secrecy is but another word for fear. The growing fetish of the Senators for secrecy in an age of domesticity is mind boggling and a recrudescence of ancient evils. This bill is a prism of absurd design and it’s DOA – dead on arrival!
[email protected]