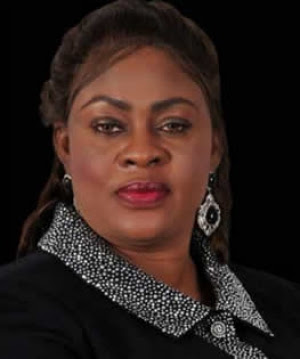 Amidst the public outcry against the financing of two bulletproof vehicles for the minister of aviation, Ms Stella Oduah, at a cost of N255million, the Nigeria Civil Aviation Authority (NCAA) has, again, come under scrutiny for violating the Fiscal Responsibility Act.
Subscribe to our newsletter
This time round, the House of Representatives has alleged that the NCAA had not remitted internally generated revenue (IGR) to the Consolidated Revenue Account of Nigeria for some time.
LEADERSHIP checks revealed that the agency is on the ‘A’ list of those the House Committee on Finance has been engaging for failure to remit 25 per cent operating surplus to the coffers of the federal government in line with the provisions of the Fiscal Responsibility Act.
Chairman of the committee Hon Abdulmumin Jubrin (PDP, Kano), who confirmed this exclusively to LEADERSHIP last night, also added that the agency was “under extreme scrutiny” and one of the “worst agencies” that are “extremely poor” in remitting revenue generated in their operations.
He disclosed that it was not surprising that the NCAA could afford to foot the bill of the bulletproof cars because “they have been raising and spending revenue recklessly without any recourse to authority”.
“NCAA is one of the worst agencies which flout the FRA. Their remittances are extremely poor; in fact, they do not pay any IGR at all. They evade the committee (on Finance) whenever they are summoned on the matter and are under extreme scrutiny of the committee,” the lawmaker added.

Disclosing that lawmakers would summon the agency as the House resumes today, Jibrin described the purchase of the bulletproof cars as “reckless management of finances and a complete embarrassment that could only happen because they raise and spend recklessly”.
“The spending of the agency is done indiscriminately, irrationally, unnecessarily and there is need to sit and look into it. We have been shouting on the need for these agencies to remit their excess revenue to the federation account and now we have been vindicated because this is the kind of expenditure they do,” Jibrin said.
NCAA ranks among other agencies like the Nigerian National Petroleum Corporation (NNPC), Nigerian Ports Authority (NPA), Nigerian Maritime Administration and Safety Agency (NIMASA), Nigeria Customs Service (NCS), Bureau of Public Enterprises (BPE), Federal Airports Authority of Nigeria (FAAN) and the Nigerian Electricity Regulatory Commission (NERC) for non- remittance  or poor remittance of IGR.
According to a report laid on the floor of the House by the Committee on Finance, these agencies have short-changed the federal government of as much as N113.8 billion as they only remitted N11.8 billion or 9.41 per cent of their internally generated revenue (IGR) of N125.6 billion in the 2012 fiscal year.
The committee succeeded after several engagements in compelling some of the affected agencies to remit their surplus with a backlog but NCAA and the NNPC are among agencies that have not complied with the Act, citing losses and sundry excuses.
The Fiscal Responsibility Act (FRA) 2007 mandates 31 select government corporations and agencies, including the NCAA, to pay the balance of their operating surplus to government’s Consolidated Revenue Fund (CRF) “not later than one month following the statutory deadline for publishing each corporation’s accounts”.
Source: Leadership