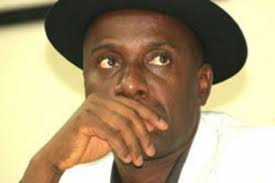 Rivers State Government has said that the bullet that sent Senator Magnus Abe to the hospital on Sunday, was meant for the State governor, Rotimi Chibuike Amaechi
Speaking in a statement, the state government said; Today Sunday January 12, 2014, Rivers State witnessed another senseless attack on innocent citizens in a continuous rape of democracy by the Joseph Mbu led Rivers State police command. Today’s attack on members of the Save Rivers Movement, a non governmental association at the College of Arts and Science, Rumuola, Port Harcourt Rivers State and especially the unprovoked shooting of Senator Magnus Ngei Abe, the senator representing Rivers South East senatorial district is cause for worry and an indication of the length that the PDP is willing to go to silence opposing views.

Subscribe to our newsletter
The state government in a statement through the Commissioner of Information Ibim Semenitari said; “The Rivers State government has it on good authority that Senator Abe took the bullet originally meant for Governor Chibuike Amaechi who was billed to be present at the event. This is disconcerting especially in the light of recent revelations that the presidency may be training snipers ahead of the 2015 elections and that Governor Amaechi is top on the list of those to be eliminated.”
“He was unable to talk or eat, and he was feeling restless as a result of traumatic shock. He did not give specific details whether the lawmaker was shot or not. The implication is that there is haemorrhage; this is a blood trauma, it is not a sharp one,” Mr. Anyanwu spoke to the News Agency of Nigeria (NAN).