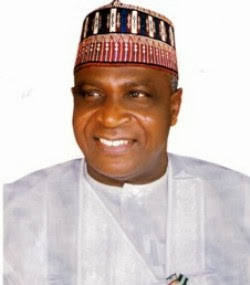 The crisis rocking the Peoples Democratic Party, is far from being over, this is as the Party today suspended Abubakar Baraje, Olagunsoye Oyinyola and two others from the party.
In a statement signed by Olisa Metuh the party’s National Publicity Secretary, read thus;  Following preliminary hearing, the National Working Committee (NWC) of the Peoples Democratic Party (PDP) has announced the suspension of the following members of the party; 1. Alhaji Abubakar Kawu Baraje; 2. Dr Sam Sam Jaja; 3. Prince Olagunsoye Oyinlola; 4. Alhaji Amb. Ibrahim kazaure

Why Jonathan Is Guaranteed To Fail By: Sam Nda-Isaiah