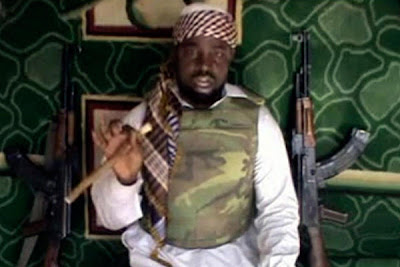 Subscribe to our newsletter
There is now palpable fear in the Southern part of the country over possibility of activating cells of the Islamist terrorist group, Boko Haram, in parts of the region. This followed persistent discovery of Boko Haram operatives in the South West, a development that is raising fears of increasing number of sleeper cells of the dreaded terror sect capable of springing surprise attacks on the region in the nearest future.
Though the South West is known to have the largest population of Muslims in Southern Nigeria, it is believed to have the liberal and traditional kind of Islam. The region, however, now appears to be in danger as the North, which is already entrenched in extremism and insurgency, is sprouting elements that are capable of placing the South West under jihadist attacks.
While no successful attack has been launched in the region, the previous arrests and latest raids carried out by security agents in Ogun, Lagos, Kwara, Ondo and Oyo states have raised tension and anxiety over the possibility of the militants’ cells having been reactivated across the region.
There have been reports that as the military onslaught against the sect members continues in states where state of emergency had been declared; Borno, Yobe and Adamawa, some elements are finding their ways down South, disguising and finding means of mixing with ordinary members of the society across states of the region.
Army vows to prevent terrorism from spreading to South
The Nigerian military has vowed to intensify its operations to prevent terrorism from spreading to other parts of the country, especially South West, South South and South East.
The Director Army Public Relations, Brigadier General Ibrahim Attahiru, made this disclosure while speaking over the breakthroughs being recorded by the military in recent time.
He attributed the breakthrough recorded in arresting 42 suspected terrorists in parts of the South last week to collaboration between the State Security Service (SSS) and the military.
Jonathan urges military to evolve new strategy

Meanwhile, President Goodluck Jonathan, on Saturday, in Abuja urged members of the Armed Forces to discover new approach and greater sophistication to tackle security challenges facing the country.
His call came amidst continuing terror attacks in parts of the country, especially the North.
Jonathan, who was represented by Senate President David Mark, spoke at the graduation ceremony of Course 21 Participants of the National Defence College (NDC), where he noted that national and regional security in the 21st century had been challenged by forces that were operating within and beyond national borders.
He recalled the past where adversaries were easier to identify and confront in open hostilities, but observed that the Armed Forces ought to remain eternally vigilant to reduce vulnerability, and constantly review their strategies.
“Today, the enemy is usually unseen, hiding behind human shields and despicable ideologies, and deploying cyber offensives, in addition to lethal conventional and unconventional armaments.
“Confronting these new threats require new thinking, new approaches and greater sophistication in equipment and capabilities. Our Armed Forces must be agile and proactive, by enhancing their capabilities to identify and disrupt before execution, the plans and machinations of these faceless enemies, including their sources of funding, arsenal, training bases and recruitment efforts,” he said.
Earlier, the Commandant of NDC, Rear Admiral Thomas Lokoson, said the participants had been prepared to take up leadership positions in their various places of work.
He told the participants that they were privileged to have studied in an environment that was known for its high standard of discipline, moral value and excellence in academics.
Source: Tribune