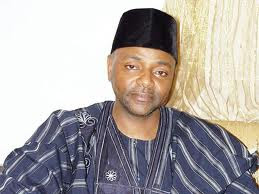 The Joint Task Force(JTF) in Kano arrested a suspected Boko Haram member at the residence of the son of late former Head of State Sani Abacha, Mohammed, Daily Trust reliably gathered.
It was gathered that the suspect who is a domestic aide of Abacha’s son at his residence located on Magajin Rumfa road at the Government Reserved Area (GRA) in Nasarawa local government area of the state was trailed to the house following the arrest of a suspected Boko Haram member in Maiduguri, Borno State.
Subscribe to our newsletter
Security forces comprising men of the Nigerian Army and those of the State Security Service (SSS) went to the residence at around 1pm on Wednesday.
A source close to the family told Daily Trust that the security operatives arrived the house at a time when the aides of Mohammed were saying their Zuhr prayers.
“They came during the Zuhr prayers; in fact the people around in the house were observing the prayers. The security men alighted from their cars and about 10 of them who were well-armed entered the building and waited till the end of the four raka’at prayers.
“After the prayers, they asked all the people around to lie down. In fact some security men who were among those people praying were also asked to lie down because they were in mufti. When the security men among those people that were lying down indentified themselves, the JTF members asked them to stand up,” he said.

According to the source, the JTF operatives then brought out a suspected Boko Haram member who was handcuffed to identify the suspect in Mohammed’s house.
“As the suspect was trying to identify the one in Mohammed’s house, he started running and jumped a fence but the security operatives arrested him,” he said.
However, when our correspondents went to the residence of Mohammed around 1pm yesterday, security guards stationed there denied knowledge of the military operation and the arrest of the suspected Boko Haram member.
But a trader near the residence said he heard about the arrest of the suspect from a friend. “I was not around when the operation took place but I heard that a suspected Boko Haram member was arrested in the house yesterday (Wednesday),” he said.
When contacted by telephone, Mohammed Abacha said nothing like that happened.
Spokesman for JTF in Kano state, Captain Ikedichi Iweha, confirmed the operation but declined further information, saying investigation was still on.
Source: Daily Trust

Sule Lamido: Why He Is The Cause Of Fear By Timawus Mathias