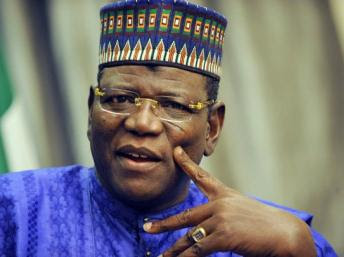 Subscribe to our newsletter
After a two-day state-wide sight-seeing in Jigawa State, four journalists sat with Governor Sule Lamido in his private chamber in the Governor’s Lodge, Dutse for an interactive session. Here are some excerpts:
The Jigawa landscape seems to have changed in the last six years. What happened?
The role of a person in office is to perform the functions of that office. Because of distortions and aberrations we have literally submitted to hopelessness. That is my pain. Why should you be surprised? What is there that any other country can do that we cannot do in Nigeria? It is people; I mean in any human endeavour; in the sciences, Nigerians can compete with anybody in this world; with any professor, anywhere. The Nigerian is a very hard-working person. We as people are very industrious. How can we continue to evoke this kind of emotion in seeing something being done right, must we only do the wrong thing as a people?
So, would you consider volunteering yourself to fill the perceived leadership vacuum in the country?
This country is applying democracy with idiosyncrasies and our own peculiarities. That it is not the turn of the person yet. It is the Nigerian chemistry you have to look into, which has been hijacked by people who manipulate it. Today, if you go to somebody in the South-South he would say ‘my son is there, he must be!’ It would not matter whether that man is killing him. So, first and foremost, the Nigerian chemistry, is it thoroughly healed? The elites are they honest enough? The people, are they courageous enough to do the right thing.”
If you fall into our own compartment like South-South, South-East, Ibo, Yoruba, Hausa, Fulani, you cannot win any national election. You must campaign as a Nigerian leader, but after winning election somebody will come and start saying “he is our son, he must serve a second term”.  After winning a national election some people will claim him as an ethnic or regional property. It is when you win election then, Chief Edwin Clark would say “our son must have a second term.” If he said he must get the PDP ticket, you can say so because ticket is a party affair, but even that is to be decided by party delegates.
But second term is a factor of election. If you are saying his party must give him the ticket it is okay. Let them give him. But it doesn’t mean he is going to win the election. But when you say he must win the election, then what are you talking about? What then is democracy? And this old man … in 2011, the name Edwin Clark was not part of PDP vocabulary. And then look at it today, it has become the main vocabulary. And what is the qualification? Emotion and sentiments. And Nigeria made him to grow till 86 and secured; is he giving Nigerians the same hope for them to be 80; those who are ten and twenty now, by his pronouncements? Is he giving them hope to be what he is to Nigeria? Because Nigeria made him and dignified him. He was a federal minister.
Would you have preferred that Nigerians ignore him?
No. You see, there are some people who have acquired a kind of status – statesman – they should be circumspect in whatever they say. There are some things they should not say.
The way you speak you sound terribly disappointed in him?
Absolutely! Because it is about politics and about PDP and he (Clark) had no input in making the president. He met Jonathan as a finished product, not as a raw material. That was why I said Edwin Clark was never part of the PDP vocabulary in 2011. Was he? Absolutely not! Because of your proximity to the man in power, you now begin to carry his fights and wars and all that.
There is something called sobering character – something which encapsulates what you call the Nigerian mission; the Nigerian interest, the Nigerian collective interest, which will unify us and then define us so that we hold it very dear; we would cherish it. We can defend it with our lives. That is what any credible leader should hold tightly to, not divisive emotions.
So with people like Edwin Clark and Asari Dokubo who seem to be at the forefront now, what are the fears you have for Nigeria?
It is just like Chief Bola Ige, of blessed memory and others in Afenifere and the National Democratic Coalition (NADECO). When we talk about June 12 they were not anywhere near it on June 11. That is my worry – that people don’t reckon with history. People who take advantage of a national effort and kind of appropriate it for their ethnic ends. Where were they on June 11? It is the same thing we are going through! Asari Dokubo and Clark, where were they in 2010? Where were they when PDP held their primaries? They were not there. So you must not diminish Nigeria or the office of the President.

Yoruba Nigeria president
It is true Nigeria president must come from a tribe, a village and a zone but by the time you get there, you are absolutely a Nigerian. That was why in 1999, in trying to heal the wounds of June 11, we said fair enough, let us locate the presidency in the South – west. Truly, it is not the preserve of northerners only but then in taking it to the South-West; we are looking for Yoruba Nigerian president and we decided on former President Olusegun Obasanjo. We were looking for Yoruba Nigeria president and not just because of the agenda of the Yoruba. And that was why we picked Obasanjo and the Yorubas didn’t want him.
So what I’m saying is that today, coming to your question, it is not about my aspiration: are we cured? Are the emotions gone; the sentiments, are they all gone? Are they ready to melt into what you call a genuine effort to be able to restore Nigeria as the leader of Africa, leader of the black race? So my aspiration, to me, is not a big deal. As far as I’m concerned, by my upbringing there are some ideals I cherish and once they are being followed by anybody there is no problem. The entire thing is not about personal ambition, it is about working for a larger picture.
So to me, if the person in place is doing the right thing I have no problem. Let him remain there forever. Now it is left to us to sort out what we want. If we keep on emphasising emotions, sentiments, appropriation of power, of course, we will remain where we are; the richer will be getting richer while the poor will be getting poorer.
Nigerians have expressed disgust over the outcome from the chairmanship election in the Nigeria Governors’ Forum (NGF). How do you feel?
The NGF is an informal forum, you don’t have to belong to it. It is just for our own convenience and issues we discuss are just purely economic and security, that is all. We don’t discuss politics at that place. Really, the NGF is not a very big issue that you should be worried about. It is nothing for God’s sake. But in Nigeria everything is for entertainment.
Is the friction really about 2015 as is being suggested?
I’m a Muslim and there is something called destiny in my religion, which is God’s template where before the beginning to the end of more than billions of years, everything has been put in that template and by the time the time comes then it becomes. Now who has that guarantee that he is going to live till 2015? Why are we wasting our energy and our steam over it?
APC interim national publicity secretary, Lai Mohammed was quoted as saying that by the middle of July the party would have 23 governors. Are you among those about to jump ship?
I’m highly amused. Do you know what they call self-wish? These are local propaganda which is terribly elementary. In 1999 we had PDP, AD and APP. After fourteen years in 2013, it is PDP only that has remained. AD had gone from AD into AC, into ACN, into something else and now going to APC.
APP had gone into ANPP and then later on they are going to something; they are going to APC. Now, CPC is a one-man party. Some politicians who lost out in PDP now see Buhari as their bread industry. So they hang on him and because he is very naïve, he thinks they are serious.
Did you say Buhari is naïve?
Absolutely! He is politically naïve. Yes, he is politically naïve. Absolutely!
Could you be more explicit?
I would say he should be walking with his eyes wide open because those around him in 1999 were somewhere else. Were they with him? Our people will say if you see a horse fully dressed walking alone in the forest, it must have thrown the owner off. Don’t ride it because it threw somebody away.
I have been wondering; they abuse the PDP that we are murderers, party of riggers, a party of whatever – it is evil. Fine! Why do they want murderer governors in their midst? Why do they want us to be there? Number two, this so called APC is again what you call political fraud because you may change the nomenclature – change it ten times over. Did people in the newly named party come from heaven? They are the same old people.
Source: Vanguard