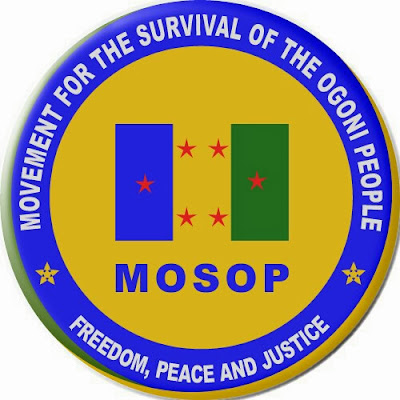 THE Ogoni mass organization, Movement for the Survival of the Ogoni People (MOSOP) has raised an alarm of an alleged plan by some top politicians in Nigeria to use their cleanup funds to finance opposition party activities ahead of the largely uncertain 2015 elections.
MOSOP Spokesman and Chair of the organisation’s Kingdom Coordinators Forum, Frank Jonah, claimed in an e-mail to AkanimoReports on Friday that protest at Akpajo junction which paralyzed activities at the Port Harcourt Refineries and sea ports were targeted at forcing government to release the Ogoni cleanup funds ahead of the 2015 elections.
Subscribe to our newsletter
The alleged hiring of political thugs and hoodlums to protest for the release of Ogoni cleanup funds as we saw on Tuesday speaks much of political interest in the the funds.
“Why have they not protested the killing of over 40 persons in Sogho by the Rivers State Government to force a banana project on the people against their wishes, why have they been silent over abandoned projects which litter Ogoniland? Why have they been silent about the absent of schools about electricity in Ogoni villages, why have they been silent about our hospitals which have been turned to dispensaries? Jonah questioned.

Frank Jonah noted that in the present circumstance, if the Ogoni cleanup funds are released, it will be abused by politicians rather than been deployed to clean Ogoni and urged the government t immediately overhaul the institutional structure to supervise the Ogoni cleanup with transparency.
“The supervising agency for the Ogoni cleanup, the Hydrocarbon Pollution and Restoration Agency (HYPREP) has been deeply engrossed in corruption scandals and will have to be restructured to build the organization’s credibility” Frank said yesterday.
The MOSOP chief further challenged HYPREP to give an account of what it has done with the funds already given to the organization and make public the list of contracting firms used to execute projects in Ogoni. ENDS
AkanimoReports is based in Port Harcourt, Rivers, Nigeria, and is an Anchor for Allvoices.