2014: A Time For Peace, Reconciliation And Sober Reflection – Princewill 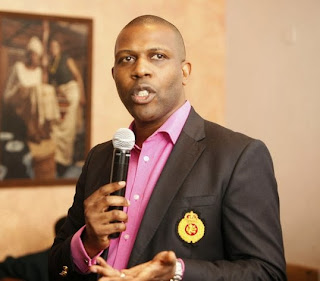 Prince Tonye Princewill, Prince of the Kalabari Kingdom and a potential candidate in the 2015 gubernatorial election in Rivers State, has called for peace, reconciliation and sober reflection as we enter a decisive 2014. This should be the spirit of the Christmas season and the New Year.
In a statement released by Wabiye Idoniboye-Obu, Personal Assistant on Media and Publicity to Prince Tonye Princewill called to mind the true reason for the celebration, at this time of the year, and all around the world, saying, “The true significance of Christmas is the liberty of mankind, through the birth of Jesus Christ. The only way to acknowledge this is by embracing peace and reconciliation just as Christ taught us”.
Subscribe to our newsletter
He also appealed to citizens to tap into the humility of The Father, who came down to earth, as his Son Jesus Christ, because of the love he had for us all. According to him, every New Year should be an opportunity for everyone to correct their wrongs and perfect their rights.

Not leaving out the current political state of the nation, Princewill urged politicians to play safe and show love and respect to their opponents. “As we move into a highly political year where the fate and direction of this great Nation will be decided, we should not only see the significance of Christmas as a yardstick to fulfilling our political desires and duties, but also take the New Year as an opportunity to start afresh in the quest to perfect our great country. A strong opposition is a reflection of a good democracy but wherever we must, we should agree to disagree agreeably.”
“The people expect us to lead; lead them out of poverty and into prosperity, give them opportunity to advance and lead by example. Bickering and pettiness should leave way for progressive ideas and a new vision for our country. Let that be the message of hope for 2014”.
He called on the people to continue to question their leadership and to continue to ask why. “They are accountable to us. We should never forget that”.

I Was Never Made Deputy Speaker By Amaechi Says Hon. Opara