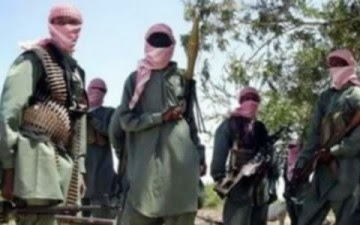 Clashes between soldiers and members of Islamist sect Boko Haram have killed 18 people in northeast Nigeria, a military source and officials said on Saturday.
Boko Haram, which wants to impose Islamic law in Nigeria’s north, and other spin-off Islamist groups have become the biggest threat to stability in Africa’s top oil exporter.
Subscribe to our newsletter
Suspected members of Boko Haram killed 11 people in an attack on Damboa town in Borno state on Thursday, shooting at soldiers, burning shops and killing civilians, a military source said, asking not to be named because he was not authorized to give official statements.
“More troops have been dispatched to the area to confront the insurgents. They sneaked away towards the bush leading to parts of Yobe and Gombe States,” the source said.
Around 50 gunmen in cars and motorbikes stormed the rural town, forcing hundreds of residents to flee to hide in nearby farms, locals said.

In neighboring Gombe state, police officers killed seven members of Boko Haram in a two-hour gun fight in the early hours of Friday, Gombe Police Spokesman Fwaje Atajiri told reporters.
President Goodluck Jonathan declared a state of emergency in mid-May and launched an offensive against the group in its stronghold in Borno, Yobe and Adamawa states in the northeast.
The insurgency was initially weakened but remains active and there has been an uptick in violence in the past month.
Boko Haram’s main targets are security forces or government officials. It has also carried out several attacks on Christian and Muslim worshippers, as well as schools and markets.
Source: Reuters

Rivers State Government Says It Will Appeal Against Judgment

Femi Fani-Kayode, I Owe You No Apology By Shama Musa Maliga