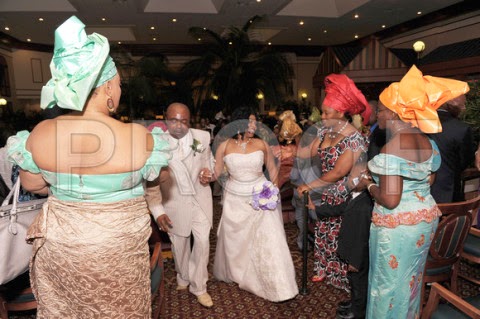 In 2006, through Charles Maduka’s efforts again, prominent people came from Nigeria including Chief S. N. Okeke and late Former Justice Chukwudifu Oputa. Justice Oputa was honored at the function. A selected and approved list of people were to be honored at that event. Nobody wanted to man the gate to register people for the banquet. Everybody wanted to be in the front close to the action. Finally, Charles Maduka, the first African immigrant Prosecutor, three term President of ICAN D/FW, and Founder of PNF, humbly volunteered to stay at the gate. A spread sheet was prepared where peoples’ names were entered and the amount paid entered, check or cash. Maduka enlisted George Okolo and Celment Umeakuana, two honest and outstanding members of our community who had also joined PNF because of Charles. The trio manned the gate, registered and collected money from patrons. The event was going well after all. The idea of honoring local people especially women was brought by Charles as a way to attract local people who had shunned the event in the past. The honorees would invite their friends to celebrate with them. It worked. Madam Susan Egwuagu, a woman of substance who had helped close to 100 Nigerians at the Dallas County Parkland Hospital one way or the other, was one of the honorees. She came with her friends who paid $50.00 each. She was excited and sat at a reserved table in front. As the list of honorees were being called, Madam Egwuagu’s name was skipped. After it became obvious that her name was not to be called, Charles Maduka left the registration table to question what was happening. He was told that she will not be called because her plaque was missing. Maduka saw the plaque and knew that somebody wanted to embarrass the accomplished woman. It was very shocking. All efforts to pacify the situation, including calling her name but to deliver the plaque later, failed. Charles Maduka, shut the party down and everybody left. The money collected was counted by the trio that were at the gate. The DJ demanded that he must be paid. Maduka gave him his $450.00 and a receipt was issued. On Sunday, the next day, accounts were to be reconciled, but nobody showed up except Maduka and Umeakuana. On following Monday, Maduka went to Compass Bank and made a deposit of the money collected. Subsequently, the battle for the ownership of PNF erupted. I will not dignify this rubbish you reproduced from 2006 because it was one of the propaganda to tarnish Maduka at the time and scheme him out of PNF. Suffice it to say that Maduka left PNF with you and the rest of the few people that are members with the over $14,000.00 in the account of PNF. Since then, it is still very difficult to attract anybody who is somebody into PNF. We live here in Dallas and we know who is who. Ngozi Ecehbelem, I challenge you to publish the names of members of PNF. This was an organization that was set up as a pressure group that now has turned into a social club with bereavement benefits.
Joe Eto will have his official mug shot published very soon for the world to see and read the story of how he conspired with three other people in Georgia to defraud and public school. We want him to release a publication where he has been cleared of that fraud. How can World Igbo Congress under Joe Eto and his criminal entanglement raise money and get grant from American corporations or government. The first thing these agencies would do is to check out the leadership of WIC and guess what they will find? The chairman has a criminal background. And that Ngozi Echebelem does not shock you? Can you advice your brother to resign immediately because he has brought shame on NdiIgbo. The office of Chairmanship of World Igbo Congress is not the Bishop of Mbaise that must be a son of Mbaise. Alternatively, people should google the name of Joe Nze Eto and read for themselves. He came to Dallas and lied that some people superimposed his mug shot on a story that was a lie. He admitted to being arrested but that nothing else happened. Really? Well can he produce a clearance of those charges or disposition where he was cleared? The sooner the better. This matter will not die away and will be stage and center in Houston.
Charles Maduka is the right man for the job and he cannot be stopped. Please stop by the ICAN D/FW meeting this Saturday if you can and see how a great leader is received and treated.
Keep bringing it on. I am not done my Sabbatical and ready to do what I do best.

Oshiomhole as the trouble with Edo State By Tamuno West-Greene