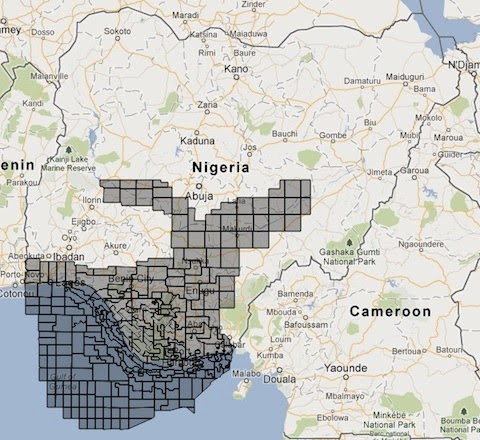 Many of us have been inspired by the speech given by a former Minister, and co-founder of Transparency International, Ms Obiageli (Oby) Ezekwesili a.k.a. “Madam due process,” at the APC summit which held in Abuja, March 6th, 2014. I will put my full support behind her or any candidate like her for the Presidency of Nigeria in 2015. A particular line reverberates in my mind. In “The Uncomfortable Truth…,” she quoted George Orwell who said, “In a time of deceit telling the truth is a revolutionary act”. Indeed, the truth sets you free. I hope we can all be revolutionists in this sense. I hope we can all be brave enough to speak the truth whether we fear that we stand to be negatively impacted by so doing.
Subscribe to our newsletter
To summarily explain the perhaps controversial heading of this piece; I categorically assert that as long as Nigeria is a single nation, and as long as life, the most valuable resource, of one part belongs to all, all other resource belongs to all. This is part of what ‘nation’ means. Bayelsa oil belongs to Jigawa (too) because Jigawa blood is spilled in Bayelsa. Saying, “It is my oil” is treasonable until and unless Nigeria splits up.
If Nigerian youth from Jigawa can be a part of the nation’s army and be drafted to fight and die in the creeks of the Niger Delta. If Nigerians from Bayelsa can be a part of the nation’s army and be drafted to go and die in the deserts of Borno, then all that is in and from the soil of each of these parts belongs equally to all these youth. The gold of Zamfara belongs to all; so also the oil of Rivers belongs to all.
The most valuable resource of any nation is its human capital. As long as Nigeria remains a nation, and its government and security services are constituted of peoples of all parts called to make the ultimate sacrifice of fighting for and dying for the nation and regions within the nation, all other less valuable resources should belong to all the people. It is treacherous and evil to propose that the national army can die to protect your region, but that its members do not have rights to the life supporting resources in same regions; treasonably wrong and evil.
A truth encountered is that many of those who profess extreme ethnicism or tribalism and fight the loudest for “regionalism” and resource ownership are the first to throw away their “tribe” when they travel abroad. These are the ones you see in America who tell their kids not to speak “language,” because they want them Americanized and not to have “accent.” The same with some who go to Arabia and suddenly become more “Arab” than Arabians themselves. We know much of this is due to poverty, desperation and is sheer hypocrisy, however unless an opening for true conciliation is made, things will only keep getting worse. There is a fundamental problem that must be addressed.
More Nigerian troops and security officers have died in the north and the creeks in the last five years under the current administration than any similar period since the civil war. We read of troops ambushed and slaughtered in the creeks and these are young men from all over Nigeria. Likewise we have read of police men ambushed and killed by Ombatse and soldiers and police slaughtered by Boko Haram. Do we in our individual regions deny these men of our resource while we employ them to die for us in our or ‘foreign’ regions?
Those who read my thoughts know full well that I as an individual am interested and a staunch proponent of regionalism with the possibility of more elaborate disintegration if the people so desire. Whatever will rid the nation of its monstrous corruption, lack of opportunity, the cabal grip on all sustenance and the worsening insecurity and terrorism, is a go for me. The missing billions today finances global terrorism. We urgently must get out of this state of anarchy where no region is safe, not even the President’s own village. Some of us don’t have millions of dollars to offer kidnappers.
Today the north of Nigeria is one of the poorest places in the entire world. Poverty indices are as high as 87% in some regions living below the poverty line. The candid truth is that the average northerner benefits naught from the oil resource abundant in the South. Compared to its northern neighbors, the north of Nigeria is so much poorer. Nearby Mali and Chad have poverty levels in the fifties compared to north Nigeria where poverty is in the eighties. In contrast, Southern states have poverty levels as low as 20%. It has been only the cabal, north and south who have benefited from the oil wealth of the nation. Regionalism will give local leaders a responsibility to ensure the well-being of their people or risk quick and swift rebellion and expulsion. Today, they hide under and blame others and the ‘nation’ for their greed and failure to lift-up their communities.
If Nigeria is to remain as one nation, it should in my view have regions—erroneously dissolved by Aguiyi Ironsi with Decree No. 34 of 1966—reinstituted. I also believe the Parliamentary system of governance, also erroneously replaced with the Presidential, during the Obasanjo first regime, should be brought back. The parliamentary system works better for multi-ethnic nations, as can be seen in similar India; and with this system, the entire 168 million citizens do not war over who is to become President, and only focus on people they know and elect as their local representatives who then select the President from among them in the Parliament. This will not only save cost, but reduce ethnic tension and political financed violence.

But as long as we are one single nation, our lives are risked and sacrificed for each other and so also must our resources be the property of one and all. Boko Haram terror is sponsored by oil money. Why should the people of Bama suffer at the mercy of terrorists being fed fat by the nation’s oil money, but not be re-built from same oil money? Already the average northerner on the streets benefits practically nothing from the oil wealth of the nation, other than what they pay to buy of it at the pump at a price above the global mean.
If regionalism is restored, the people of each region will constitute their own armies who will die for them and the people of each region will be forced to support their own economies, with the center not taking more than a few percent from each region, and then to each will belong his resource.
What Jonathan Fails To Deliver
You cannot be a southerner honestly seeking a solution to the intractable problems the nation faces and support this President. The President today is a new branch of the old, dead tree. He loves Nigeria as is, which is a cracked pot and leaking basket, leaking all the resource, both human and ecological into the bowls of the same old cabal. Nigeria as is, pays the looters and the looters alone. Riding safe in their bulletproof cars and flying high in their comfortable jets, this government and their friends laugh at us ‘mekunu,’ poor who suffer in hunger and die from regional conflicts. It is hard for them to seriously attend to the problems of Nigeria when they are blinded by billions of dollars they are able to loot with the nation remaining embroiled in confusion and ethnic tensions as it is. This is why they are never seen attempting to seriously address the killings in the creeks, in the Middle Belt or in the north. They love the distraction.
Unfortunately, President Goodluck Jonathan is wasting our money and time once again with a fake National conference. This is one more reason why some of us who are honest and dare to be revolutionary by declaring the truth, have tired of him and look forward to any new government that will secure the interests of the people, provide opportunity and be brave enough to have a true national conference with the “S” in it; the Sovereignty question open for discussion. We should not be forced to suffer under this economic terrorism and to fight and die to protect looting of resources. We the masses have no better option than to uphold truth and work together as one block for now, to get a slightly morally competent government that will respect us and give us the opportunities that are our right; else we only succeed in depriving each other to the merriment of the united cabal, who today own all of us and all the oil.
Dr. Peregrino Brimah
https://ENDS.ng [Every Nigerian Do Something]
Email: [email protected] Twitter: @EveryNigerian
The views expressed in this article are the author’s own and do not necessarily reflect the editorial policy of universalreporters

15,000 Violent Deaths Since Jonathan Took over