This Is Not A Joke, This Is Nigeria And Farewell To Civilization! By Bayo Oluwasanmi 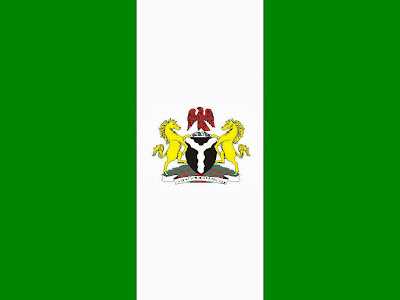 When it comes to suffering, Nigeria has become a shorthand for hell. Reaching into the looming and prophetic landfill, one could see the perfect negatives and the seething anger that consume the poor are on the rise and unabated. Name it, no area of human life is civilization visible and feasible the way the country is being run. Most people see Nigeria as a country on the bleeding edge. In fact, some foreigners come here to see what could have been the end of the world.
There is fake of everything in Nigeria – fake food, fake cooking oil, fake drug, fake gari, fake amala, fake meat, fake currency, fake local government chairmen, fake governors, fake commissioners and ministers, fake legislatures, fake judges, fake president, fake pastors and prophets, fake human beings and sadly a fake country!
Underage girls are being abducted and warehoused in a baby making factory. Impregnated by paid men, their new born are auctioned by the owner of the “mill on the floss” at basement bargain prices to men of the underworld for money ritual.
The corruption of the ruling class like leprosy has become a deadly influenza among the rank and file of the poor. The poor now exploits the poor at the slightest opportunity. For example, transport fare. A fare that normally costs N100.00 on a non-rainy day would jump to N200 or N300 on a raining day. The melee of stranded commuters at bus stops would also lead to price hike.
My nephew bought spare part for his Nissan truck for N29, 000.00. The part was found to be defective. With the receipt he took the part back to the seller. The seller refused to refund his money. Rather, he told him to return the defective part in two weeks for a replacement and not a refund. My nephew refused to bulge. It took the intervention of a family friend who is one of the “ogas at the top” with the military police to get his refund back.
You might be living now, but tomorrow you might not for no justifiable cause in Nigeria.       A young woman left her shop around 11pm and headed home. While waiting patiently at the bus stop for the next bus, a man rushing to catch a bus pushed her out of the way into the gutter. Good Samaritans dug the woman out of the sewer gutter with broken bones, and lacerations over her body. No emergency rescue in form of ambulance or police came to her rescue. She was left on her own. She was lucky to be alive!One of my friend’s nieces was run over by “okada” and left the poor 5-year old with a broken leg. She was rushed to Ajegunle General Hospital. The hospital staff couldn’t summon empathy to attend to the young accident victim with dispatch that her condition demands. She paid the registration fee and was asked to go to Mainland Hospital without any treatment. The registration fee was never refunded. One of the junior nurses whispered to the victim’s parents to take her to Ijaw – the native surgeon of broken bones for treatment. Her response to treatment has been rapid and encouraging.
In 2013, cholera remains an epidemic in some parts of Nigeria. Nasarawa State lost some of her citizens to cholera outbreak. Malaria and typhoid with renewed vengeance still torment Nigerians with unyielding regularity.
The entire public university system in Nigeria has been shut down almost four months while the President and 19 governors and the embattled aviation minister went on pilgrimage jamboree to Israel.
The Abuja City Gate will gulp N640 billion ($400 million) at a time when Nigerian lives are being harvested in the hundreds on our death trap roads. The Christopher Kolade SURE-P is missing N500 billion, money earmarked for job creation.
This is not a joke, this is Nigeria. This is the new Nigeria as some call it. It implies a dead country, the unforgiving big-money corrupted country of the world. A place where they sweep broken dreams off on the street. A country where the youth have been reduced to flotsam and jetsam of shreds and fragments of wasted lives.
Nigerians are trying to figure out where they are supposed to be, what they could do. Their confused eyebrows tilted on a theatrical display of uncertainty. They’re trapped between the intersection of choice and change. They could not muster enough courage and confidence to choose between the two. Nigerians are living on borrowed times.
The decadent attitude of the ruling elites that seeps into the hybrid of lawlessness and recklessness is truly ready to go to full-tilt. These native oppressors would always desire and strive for their luxury, glamor, and sensuous indulgence. They don’t give a damn   whether the economy is doing well for the poor or tethers on the edge.
Nigerians unmet expectations are making them heartsick. The president and his PDP led federal government would want Nigerians to bottle up their feelings, hoping that the disappointment will go away. Instead of Mr. Jonathan to identify the unmet expectations that frustrate Nigerians, determine why we hope for change so he can understand why we cling to it and fix the problem, he’s the chief spectator clapping and laughing on the sidelines!
The unspoken anger and concealed tears of Nigerians characterized by masked spine-chilling and heart-stopping growls and screams echo throughout the land – and no one – to fill the void. Surely, we’re headed into the final sunset stage of a nation. It’s farewell to civilization!
[email protected]

PDP Writes INEC, Notifying The Commission The Suspension Of Oyinyola And Three Others.