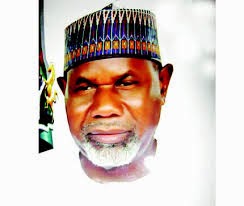 For some time now,I had been following the trajectory in Taraba State where a certain character called Alh. Garba Umar a.k.a UTC who suddenly found himself in power and allowed himself to be eaten up by the power. He deemed the state treasury as free fund to buy and bribe newspaper houses and editors to write flattering report about his government. He deemed self as the best thing that ever happened to Taraba State and urged hordes of sycophants he recruited into his government to sing his praises. His action left no one guessing what he intended to do with the power that never belonged to him in the first instance.
One day, Alh.Garba Umar looks himself in the mirror and addresses himself as the “INFANTILE LEADER” of Taraba State and therefore, above being corrected. He sees himself as the new emperor of the State. Who so ever that crosses his path is dealt with squarely. Any body that opposes his wicked policies losses his investment. Any body that challenges his inhuman actions crushed to death. Any one who reveals his criminal tendencies is treated with scorn. This INFANTILE LEADER in the past Twenthy months in office metamorphose in to a MONSTER. A  monster, Alh. Garba Umar is now the agent of the devil. Since then, Taraba state has now been turned into a gigantic abattoir were citizens are being slaughtered on slabs like aninals, while the Jezebelic government looks on with impotence. Under his leadership
Subscribe to our newsletter
Taraba state has become a lawless jungle were the basic laws of preservation are constantly being violated. Taraba State is in the state of a coma. The monster has attacks the blessing of the people of the state without mercy. He has taken the people of the state from riches to poverty. He has turned the people of the state from good health to perfect infirmity. There is crisis every where. The level of poverty is unprecedented. This monster behind the wheel of leadership in Taraba state hates seeing people rejoice. He rejoice and celebrate when the people of God are weeping and complaining. He has forced the good people of Taraba state to groan under his jezebelic leadership. His short history  tell us that UTC has a knack to pounce on people with differed opinion from his with an overwhelming ferocity and ease. He could humiliate any personalities and whip journalist and activists without a slightest remose. Yet the monster look himself in the mirror again and says to himself “I am not accountable to any one” and I must get elected into the office in 2015 even if the people perished. The monster had a total believe in the bunch of unscrupulous individuals who formed the nucleous of his government.
People like; Abubakar Dauda Jen,Kwetaka Danfulani,Mr Orbee Uchiv,Barr. Sam Ada,Ahmed Yusuf,Mr Jerry Manwe,Hassan Bappa,Marafa Abba,Garvey Yawe,Abas Njida,Alh.Sintali,Ahijo Musa,Josiah Kente,Dr Agbedyeh among others. However, the monster never know that these people are Sycophants. He never know that they are bootlickers. He never know that they are food is ready politicians. Having realised that he has nothing with which he can ask for votes in 2015,UTC has grown so desperate that he can kill to come back to power. His desperation is getting deadly by the day. He finds out that the heavy inducement he doles out to newspapers and editors is yielding dwindling results as he quarrels with more newspapers and editors who come in contact with the fact that the monster has no single project to advertise after nearly two years in office.
This is why the people have returned to God to destroy this monster troubling them. Conversely, the monster is a satanic stronghold that must be pulled down.
Nevertheless,the Almighty God open the windows of heaven and saw the treachery of Alh. Garba Umar  against the people of Taraba state. And God nodded his head and said “Disaster will over take this man.
Calamity will fall upon your way this time around. Catastrophe will arise so fast that Umar will not know what hit him. For I am the lord who created this earth. For what comes out of my mouth must not return to me unfulfilled. There is no peace for the wicked nor hiding place.

I the lord God Almighty, am against you because the cries and suffering of the good people ofTaraba State have reached me. Even though you have Commissioners,SSA,Corrupt traditional rulers are with you, Discredited elders are with you, Bootlickers/sycophants and even Almajiris are together with you. But I the lord God Almighty am against you.
Let the people who are with you stand up and save you from this calamity.
After this final verdict from the lord,I shed hot tears for Acting Governor Umar because he is on his way to Golgotha. A topic for another day.
I rest my pen for now.
John Akevi
Tel:08188188081 Email:[email protected]

Araraume And His ‘Injustice’ Heresy 1