Press Statement By CAN: FG Should Withdraw Query To Odimegwu And Apologies To Him 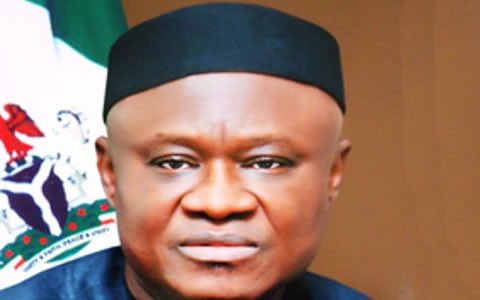 The call by the Arewa Consultative Forum (ACF) on President Goodluck Jonathan to make sure that the chairman of National Population Commission (NPC), Chief Festus Odimegwu does not supervise the 2016 census is misplaced. The question we are asking is: which part of the North are they saying has higher population? Since when has ACF become a political party that every time they will always dabble into politics?
There was a census that was conducted during the Ibrahim Badamasi Babangida’s administration. Lagos was oven a figure more than Kano. Then the late General Sani Abacha came and split Kano into two, making Jigawa and Kano states. As at today, half of that Kano is more than Lagos. So are we saying that Lagos is not growing, meaning that it’s only the core North that is growing?
Subscribe to our newsletter
Before the 2006 census, we confronted the former chairman of NPC, Mr. Samu’ila Makama from Plateau state on why religion and ethnicity are not included in census matters to be able to ascertain who is who in Nigeria and the man was sweating. We wanted to know which tribe and religion exist in Nigeria and that these information must be included in census data. The man was sweating. The North then blackmailed and intimidated ex-President Olusegun Obasanjo that if the indices were not removed, they won’t participate in the exercise.
Why is it that it is always the North that is causing problems, claiming that they are in the majority but always afraid of coming out with a true figure that will enable Nigeria to plan well?
Odimegwu has not said anything worse than that of the Governor of Central Bank of Nigeria, Alhaji Sanusi Lamido Sanusi. We christians are always sacrificing because we want the unity of Nigeria to remain. We are also shocked that Governor Rabiu Kwankwaso of Kano state went so far to intimidate Jonathan and the Federal Government into issuing a Query to Odimegwu. Why did Kwankwaso not go to Jonathan to demand that a civil servant in the person of Sanusi who has turned CBN into an Islamic agenda ne sacked? Why have they not called him to order? This is a man who will dress islamically to office in a manner that is contrary to the banking code. Yet, the heavens didn’t fall.
Why are they now calling for the head of Odimegwu? Is it because he is a Southerner? We hereby warn that Jonathan should not try to do anything that will undermine Christians in Nigeria this time especially with the next census matter; we will not accept it.
What Odimegwu said was the truth; the figure of the 2006 census was cooked to support and Favour the core North. The Middle Belt was grossly undermined and we are not happy with that. Odimegwu has stated the fact of the matter. The coming census must be addressed in such a transparent way.

We in CAN hereby demand that the Federal Government should withdraw the Query issued to Odimegwu with immediate alacrity. Why would the government be blindfolded by Kwankwaso? The government should also apologize to Odimegwu; Jonathan should make sure that nothing happens to him. We are surprise that Jonathan is allowing himself to be intimidated by the Islamic North.
The North is using all these as a blackmail for the 2015 elections. Obasanjo  sacrificed for them, yet they opposed his third term agenda. Therefore Jonathan should not allow himself to be deceived into sacrificing Odimegwu because of 2015 elections. The core North never voted for Jonathan pand they will never vote for him. We know those who voted for Jonathan, it’s the minority Christians in the North who gave him the vote. When we put the figures together, we know the impact of our votes. Jonathan should therefore not be afraid of the majority. All things being equal, God will allow him to get re-election.
The only solution to these problems is a national conference come 2014 to address all the issues in Nigeria where it would be determined whether we will remain together or peacefully part ways. We will not accept and agree with a situation where one part of the country will always be dictating for others.
Signed:
Sunny Oibe
Public Relations Officer, CAN
(19 Northern States and Abuja)