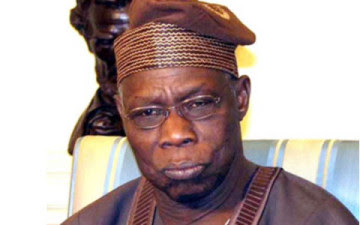 Another major revelation which came partly out of this class, but also just for having some distance , both mental and physical from Abuja, was what I have come to call the theory of second comings. The Obasanjo I met in 1999 and worked with from end of 1999 until the middle of 2005 or thereabout was a totally different person from what emerged after that. The presidency and the circumstances changed him. Now it is usual to fall back about the usual tropes about power, corruption, egotism and the like, but as befitting my activities during my years in exile, I came to take a more academic approach to this. Many people I have studied with or worked with during my years in public service, who left with a descent record of integrity or achievement the first time around, often came to grief when they returned to service the second time. Obasanjo who ascended to the presidency the first time because his predecessor was assassinated, did a decent job for the most part. He kept to the democratic transition they agreed upon; he presided over a government that was overall decent. He organized acceptable elections, handed over power and then returned to his far while enjoying international acclaim for being the first African military head of state to voluntarily hand over power.
Subscribe to our newsletter
Obasanjo became one of the most revered persons in Africa – Mandela was still in prison then. He also went broke in the intervening years. Why did all these happen? As military president, he reportedly did a few things to prepare for life after retirement- buying shares during the indigenous programme, some few estate investments and such rainy days activities – to prepare for the future, but in the broad scheme of thing he did not engage in nearly as much corruption as was accused of in Fela Kuti’s songs. Perhaps he had every opportunity as a military dictator to do so . as a basic example, as petroleum minister for the 14 month period between August 1978  and October 1979, he could have set himself up very nicely. During his first outing, Obasanjo and his troika colleagues did not do things like that. They were angels when compared to today’s gang.

After handing over, Obasanjo retreated to his Ota farm and got involved in all sorts of leadership foundations, international NGOs like Ford Foundation, Transparency International and the like. Twenty years later, once he came back as an elected president, one could safely speculate that the thought may have crossed his mind that he did not adequately take care of himself the first time around. It would surely have occurred to him that he borrowed from banks to set up his farm and nearly went personally bankrupt. He would almost certainly have entertained the thoughts that Nigerians did not much care that he had served them honestly well. He was accused of corruption anyway. Everyone danced to Fela’s zombie, International Thief Thief, and Coffin for head of state and his defenders were few. It would not have been entirely shocking if he had allowed himself to entertain the thoughts that this time, it would be different. I see the pattern in many people – career civil servants, cabinet ministers, president and governors, very decent by Nigeria standards the first time, but who if they get a second chance, decide to take the fullest advantage, and then we see abusive acquisitions on a large scale. This is the essence of my theory on second comings.
Why? How does anyone come to the point? How can anybody who has a demonstratively clean record purposely tarnish it? It is a phenomenon that I began to observe while practicing as a quantity surveyor and it continued to intrigue me while in government. I spent nearly two years in exile thinking about this issue. What I have concluded is that it is a combination thai I only ever could have understood by leaving government and having some distance from Abuja. The first thing is that being in government is deceptive, financially and materially.
Excerpts from the book; The Accidental Civil Servant’, written by Nasir Ahmad El-Rufai