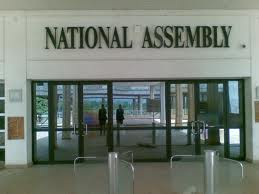 Strong indications emerged on Monday that the main opposition political party, the All Progressives Congress (APC), in the two chambers of the National Assembly, would elect new principal officers to pave the way for those elected under the defunct Action Congress of Nigeria (ACN), the Congress for Progressive Change (CPC) and the All Nigerian People’s Party (ANPP).
The National Assembly is expected to reconvene from its annual recess which its members began on July 25.
Subscribe to our newsletter
The three defunct political parties got the approval of the Independent National Electoral Commission (INEC) to operate as one political party under the umbrella of APC during the recess of the lawmakers.
A source close to the National Assembly told the Nigerian Tribune in confidence in Abuja on Monday that the harmonisation of the positions would be done among members of the defunct political parties at the state and National Assembly levels in consultation with the national secretariat of the new party.

“I want to confirm that there will be new principal officers at the both chambers of the National Assembly, that is, the Senate and the House of Representatives as soon as the lawmakers reconvene from their recess. Henceforth, there is nothing like ACN, CPC or ANPP, we are one APC, so, there will be the need to collapse everything together as being done at the state, local government and ward levels nationwide,” the source said.
The source further said, “all the interests of the defunct three political parties that merged to become the APC will be duly accommodated in the elections of the principal officers in the two chambers. Nobody will be short changed in the process because it will be done in consultation with the elders of the party, the consultation is already in progress.”
Senator George Akume from the ACN, Benue State, is the Minority Leader in the Senate while Honourable Femi Gbajabiamila, ACN from Lagos, is also the Minority leader in the House of Representatives. One of these two positions, the source hinted, might be altered in favour of either the ANPP or CPC in either of the chambers.
This is coming just as it was learnt that several issues of urgent national importance including the massive theft of crude oil, the lingering strike by university lectures, non-implementation of the 2013 budget and the PDP crisis among others have been slated for debate on the floor of the House of Representatives.
Source: Tribune

Mohammed Abacha Returns To PDP, Says There Is No Internal Democracy In APC