Mohammed Abacha Returns To PDP, Says There Is No Internal Democracy In APC 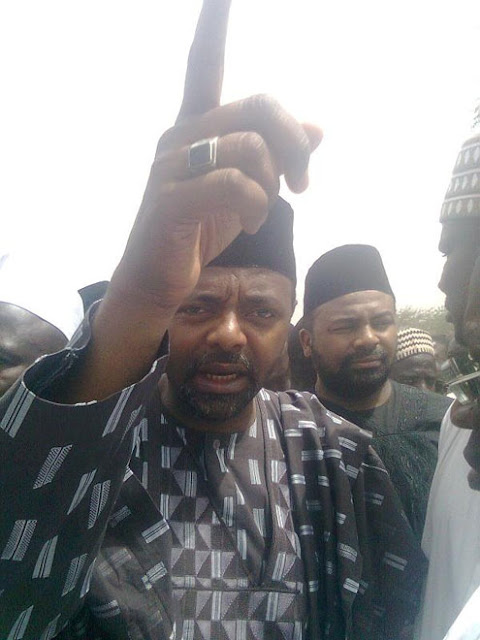 Son of the former Nigeria’s late Head of State, Mohammed Sani Abacha has joined the PDP, while speaking in Kano yesterday, Abacha said; “When I left the PDP in 2010, my view was that it had no internal democracy but in CPC, the experience was very bitter. There was a major issue that challenged all of us while in the PDP but we met it in a bigger and more huge manner in the party we went to. The APC today is not an option.”
Adding further Abacha said he had consulted widely and studied the polity from the sideline, he was convinced that the Umbrella under Dr. Bamanga Tukur was wide enough to accommodate every member.

Subscribe to our newsletter
” With the new NWC and the chairman coupled with the efforts they have been making to ensure that the party is taken to the next level, that was what enticed us. We have consulted as far and as wide as we could and this resulted in us taking the decision to come back to the PDP instead of going somewhere else. ”
Citing more reason why came back to the PDP, Mohammed said, ” PDP is widespread and covers every part of the country and it is the party that is in power; it is the party that has made the change that we are witnessing today in our country and which we hope we will continue to witness in the coming years by the Grace of God.”

Atiku Condemns The Action Of The Police On Governor Rotimi Amaechi