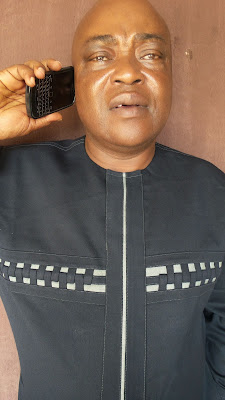 The National Publicist of the New Peoples Democratic Party, (nPDP) Mr. Chukwuemeka Eze, in this interview with Nwaorgu Faustinus, says Impunity has come full circle under the current administration; Jonathan administration is intolerant of opposing views
Excerpt:
What is your faction, the New PDP protesting for?
Subscribe to our newsletter
I will rather use the word ‘demand’ instead of protest. The demands of the Alhaji Baraje led Peoples Democratic Party are actually based on the need to observe internal democracy or the democratisation of our great party, to allow due process and democratic norms to prevail in PDP as earlier envisioned and envisaged by the founding fathers of the party. In addition, as I said in a different place, we want a stop to the draconian and undemocratic tendencies of the present leadership of the party whereby a cabal controls the affairs of the party to the detriment of the majority members of the party.
Based on this, we are asking for the reversal of some of the undemocratic acts and actions so far taken by the party. They include the reversal of the unjust suspension of Governor Rotimi Chibuike Amaechi of Rivers State; acceptance of Governor Amaechi as the  authentic Chairman of the Nigeria Governors’ Forum after he was duly elected by the majority votes of the governors, defeating his opponent, Governor David Jang of Plateau State, with 19 votes against Jang’s 16. We are also asking that the impunity in the Adamawa State chapter of the party, where Tukur has set up a parallel state exco contrary to all known norms of the party must be stopped, among others.
Can you throw light on the issue of harassment of your group by the agents of government?
It is very unfortunate that our people could be made to go through all sorts of harassment and embarrassment under a democratic set-up, which reminds us of the days of Abacha, where the constitutional and fundamental human rights of Nigerians were trampled upon.
For instance, contrary to the provisions of Chapter IV Sections 42, 43 and 44 of the Constitution, which guarantee our right as Nigerians to acquire and own property in any part of the country, our national secretariat and most of our state secretariats have been sealed off by the Police on the orders of those in power. This is despite the fact that we still have a court case against Bamanga Tukur and his National Working Committee.
Remember two weeks ago, the Federal Capital Territory Administration in its act to curry favour just to please President Jonathan singled out and sealed our national secretariat for demolition on the preposterous justification that it was formerly approved as a residential home. If your memory serves well, you will recall that the said property was used as the secretariat of the National Democratic Party (NDP), before New PDP acquired it – and the same FCTA kept mute! At that time, the FCTA did not realise that it violated land use, but it now wants to demolish the building in a hurry simply because the authorities perceive the new owner (New PDP) to be anti-government! What is more, the Adamawa State lodge, also in Abuja, which we were using as temporary national secretariat, has also been sealed off on the flimsy excuse that the area is not for commercial activities.
Just two days ago, our G7 governors meeting was invaded by the Divisional Police Officer in charge of Asokoro Police Unit, CSP Nnanna Ama. Ama ordered the meeting to be stopped, threatening to mobilize troops to abort it if his order was not obeyed. For a DPO to be sent not only to disrupt meeting of governors duly elected by Nigerians, but to also arrest them if they fail to heed his counsel is a sign that these people can decide to disrupt the association of any group of Nigerians at any time knowing that such an act is a breach of the constitution of our country. Impunity has come full circle.
The use of anti-graft agencies to hound our members is no longer news. Timipre Sylva, the former Governor of Bayelsa State, and Senator Bukola Saraki are two foremost examples.

On its part, the Nigeria Police, which has woefully failed to find a solution to the menace of Boko Haram, kidnapping, assassination and other criminal acts ravaging the country, has been given a fresh mandate to frame up our members and term them criminals in order to keep them at bay. The experiment has already started in Bayelsa, the home state of President Jonathan, where 85 per cent of the citizens have indicated interest to work against his second term ambition due to the total neglect of the state and the entire Niger Delta region by the present administration.
The Bayelsa State Police Command in its press release dated October 4, 2013 and signed by the Police Relations Officer, DSP Akhigwe Alex, on behalf of the State Police Commissioner, said, ‘Bayelsa State Command wishes to inform the general public that as a result of complaints from well-meaning citizens of Bayelsa State most of which borders on criminality against one Richard Poekene Kpodo, a high powered investigation committee headed by Assistant Commissioner of Police in-charge of Central Instigation Department has been set up to look into the various crimes allegedly committed by him and members of his syndicates.”
What is Richard Kpodo’s crime?
He has suddenly become a criminal by joining and becoming the state Chairman of the Baraje-led faction of the PDP in Bayelsa. Curiously, his present hunters have conveniently forgotten that this was the same man who was in the forefront of the Campaign Team of President Jonathan in 2011. His state secretary, Sidi D. Godwill, was the zonal youth leader of PDP. These two, together with all other key members of the Baraje-led PDP, can no longer visit Bayelsa State just because of politics!
This ruthless trampling on our fundamental human rights leaves no one in doubt that the Jonathan administration is intolerant of opposing views. Nigerians can now see what we meant when we said these people are no democrats. They are intent on turning our country into a banana republic where the rights of Nigerians no longer count. Nigerians should prepare for the worst because today it is New PDP, tomorrow it would certainly be somebody else.
Will your faction join APC?
The fact remains that we are today the most beautiful bride in Nigerian politics. We hold the key to Aso Rock come 2015, so if every political group wants to associate with us knowing very well that we would determine who stays in Aso Rock come 2015, so be it. Joining APC or we forming our own party depends on the outcome of our meeting with President Jonathan on our demands.
I am not saying anything new but merely repeating the recent assertion of Governor Babangida Aliyu, that the outcome of discussions between our Progressive Governors known as G7 and President Jonathan holds the key to our next move. The governor said, “There is no way you can wake up and say you are pulling out when you are already negotiating. You cannot pull out at this moment. The time for decision to be taken will be when we have concluded discussion with the President.”
What is your grouse against Jonathan?
We have nothing against President Jonathan as a person because he is a good man surrounded by wolves. Once he toes the path of democracy and have respect for rule of law, I will swim with him but if he continues turning a blind eye to the impunities being committed against the Rivers State people and the government, I can’t be part of his actions.

There Will Be No Compensation For Boko Haram Victims –President Jonathan