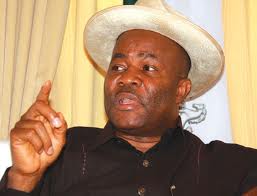 Governor Godswill has flayed media reports in the press and online insinuating that he said he will kill Governorship aspirants. Reacting to the reports which he described as another smear campaign by traducers, through his Chief Press Secretary, Pastor Anietie Ukpe, Chief Akpabio flayed comments made by the Nigeria Ambassador to Russia, Chief Assam Assam SAN, in a letter to the Secretary to Governor Akpabio stated that as a christian, Chief Assam should ordinarily know that his use of the rebellious son of king David, Absalom, was merely an illustration to caution his political sons who are manifesting rebellious spirit, observing that, this was a fatherly warning to his political sons, who are following the bad example of Absalom with no malice.
Subscribe to our newsletter
Chief Akpabio regretted that, Chief Assam would resort to a deliberate misrepresentation of his comments during the Ground Breaking ceremony for the Permanent PDP Secretariat, pointing out that, he did so out of mischief and to score cheap political points. The Governor added that, every Bible student is well aware that King David neither ordered nor planned to kill Absalom, even though he grieved over the rebellion of his son.
Governor Akpabio also opined that, Chief Assam who occupies the high office of Ambassador of the Federal Republic of Nigeria is expected to, in his words, “… exercise restraint, decorum and high sense of responsibility in his conduct at all times.”
While reiterating his commitment to a peaceful transition, Governor Akpabio expressed confidence that, God will answer the collective prayers of the people of Akwa Ibom State for His will to be done again in 2015.

He subsequently advised politicians to engage in constructive ideas, which is what will build society and desist from destructive machinations, inciting the people to disaffection and fanning the embers of disunity and strife with a view to curry favour and advance selfish or narrow political objectives.
Chief Akpabio further charged those who feel they have what it takes to step forward and run in 2015. He also pointed out that smearing the name of the governor and attacking him on pages of newspaper and on the internet will do little or nothing to help any aspirants fortune.
Chief Akpabio who drummed support for President Goodluck Jonathan enjoined the people to be vigilant and watchful so as not to be deceived or hoodwinked by the antics of desperate politicians.
“I did not say I will kill anybody,” Akpabio cried out
Written by Bassey Inyang