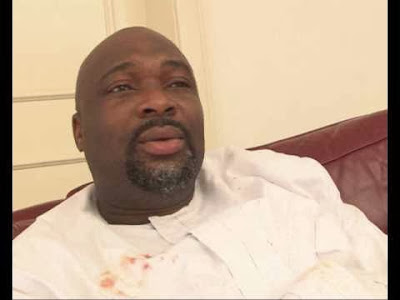 Subscribe to our newsletter
“Hon. Chidi Lloyd on December 30, 2013 while pursuing his political opponent, knocked down Sgt. Urang Obediah, in spite of his effort to stop him, rammed and killed him and went ahead to crush the Passat car of Mr. Kingsley Ejeuo was driving and killed him.
“Initially the Police thought that it was a mere accident, which ought to have been a manslaughter. The Commissioner of Police directed ACP Aliyu Garba, the Area Commander Metro, to visit him in his hospital bed and commiserate with him, conscious of what he did, Chidi Lloyd relocated to another hospital.
“Facts emerged that Chidi Lloyd drove a bullet-proof vehicle while pursuing his political opponent, late Mr. Kingsley Ejeuo, and he (Lloyd) knocked down Sgt. Urang Obediah, who died on the spot and (Lloyd) moved ahead to smash a political opponent in his Passat car who equally died instantly.”