Governor Oshiomhole Says He Did Not Sign Any Death Warrants 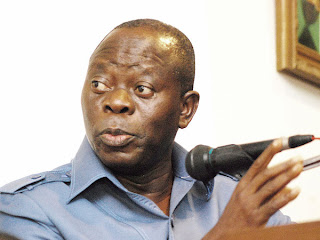 Subscribe to our newsletter
“We wish to inform the general public that the Governor, Comrade Adams Oshiomhole did not sign such death warrants and that the news item is false in its entirety.”
“We advise the general public to ignore the said news item as it a figment of the imagination of the authors intended to cause disaffection against the Governor and Government of Edo State.”
Adding further he said; “however, we wish to state that the Governor will not shy away from carrying his Constitutional duties when the need arises. We advise media practitioners to always take steps to verify information from the Media Unit of the Governor’s Office when in doubt.”