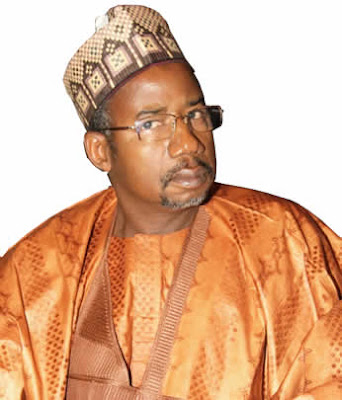 The Federal Government may have tactically commenced a total clampdown on members of the New Peoples Democratic Party.
Already, an event centre, A-Park, own by Senator Aisha Al-Hassan, a staunch member of the faction of the ruling party located near OAU Quarters in Maitama, Abuja, has been marked for demolition.
Subscribe to our newsletter
Our correspondent gathered that Al-Hassan had been served a notice of demolition by the Federal Capital Territory.
Al-Hassan, who hails from Taraba State, however, insisted that she was given permission to build the event centre, adding that she might be forced to approach the court to stop the demolition.
But the Special Assistant to the Minister of FCT on Media, Mr. Nosike Ogbuenyi, said that the senator was just given a temporary permit, which he said forbade her from erecting a permanent structure on the land.
He said the senator also signed an undertaking to vacate the land anytime the authority needed it.
He said, “The operator was given a temporary permit only which forbids her from erecting a permanent structure on the site. The recreation facility is located on the Transit Way Corridor.
“The owner signed a written undertaking three years ago, in 2010, to vacate the place anytime the Transit Way project commences.
“She was never given a permanent allocation to use the place as a park, a garden or a recreation centre. It was just somewhere she was allowed to use temporarily and that explains why she signed an undertaking to vacate since 2010.
“Now, the Transit Way project is in progress, the agreement she signed to quit comes into force while the land reverts to its original purpose, which is Transit Way. The reversion is in the overall public interest and in keeping with the provisions of the Abuja Master Plan.”
Also tasting the might of the government was a former governor of Gombe State, Senator Danjuma Goje ,whose security details were said to have been withdrawn.
It will be recalled that the security details of a former governor of Kwara State, Dr. Bukola Saraki, who is a member of the faction of the party being led by Alhaji Kawu Baraje, were withdrawn by the authority.

Saraki is also being investigated by the Special Fraud Unit, an arm of the Police over the bond he took while in office on behalf of his state.
It was also gathered that the Police in Bayelsa State had declared the chairman of the faction in the state, Chief Richard Kpodo and secretary, Sivi Godswill wanted.
Apart from them, other members of the party in the state were said to have been declared wanted for allegedly belonging to a political party alien to the Independent National Electoral Commission.
The FCT administration had on Saturday sealed off the Adamawa State Government Lodge on the orders of the Minister of the Federal Capital Territory, Senator Bala Mohammed.
It also revoked the Certificate of  Occupancy of a building belonging to the Kano State Governor, Alhaji Rabiu  Kwankwanso.
While reacting to these happenings, the National Publicity Secretary of New PDP, Chief Eze Chukwuemeka Eze, described the situation as alarming.
He said event in the country had shown that democracy had yet to take root in the country.
Eze said, “What we have in the country is the combination of military and democracy, which is militocracy.”
Eze said,  “What is happening is against the dictates of chapter 4 section 40 of the 1999 Constitution which allows freedom of association and liberty to freely associate.
“Democracy in Nigeria is gradually under threat, there are no longer rights to association, this is not good for the development of democracy in the country. This is like the era of impunity.
“Atrocities are gradually being visited  on our members because of our decision to oppose what is going in the PDP. But we cannot be intimidated. We will continue to fight for what is right and just in the country.”
Source: Punch